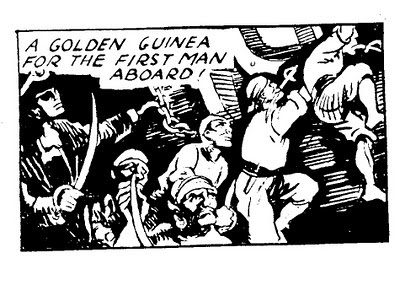 William McCail was born in West Hartlepool and his father was,unsurprisingly for that period,a shipyard worker and William initially found a job at the shipyard as well.  However,an unfortunate [or fortunate?] accident allowed him to pursue an artistic career. He went on to become a staff illustrator for D.C. Thomson in Dundee,[publishers of The Beano and Dandy,of course] where he worked in the art department of The Courier,coincidentally,his artist brother John had worked there before him.
McCail provided art for all types of magazines including Boys Papers such as  Rover, Adventure and Wizard also the women's story papers Red Letter, Weekly Welcome and Women’s Companion. Anyone interested in British Golden Age comics or illustrated papers will know he was the regular artist of the 'Dixon Hawke' detective stories in Sporting Post.
Unfortunately,Thomson was a very conservative company.  You got paid a,uh,’fair amount’ for your work and you were expected to doff your cap and humbly get back to work on the next set [strip].  William was guilty of “politicking” -unforgiveable back then- and so left Thomson. 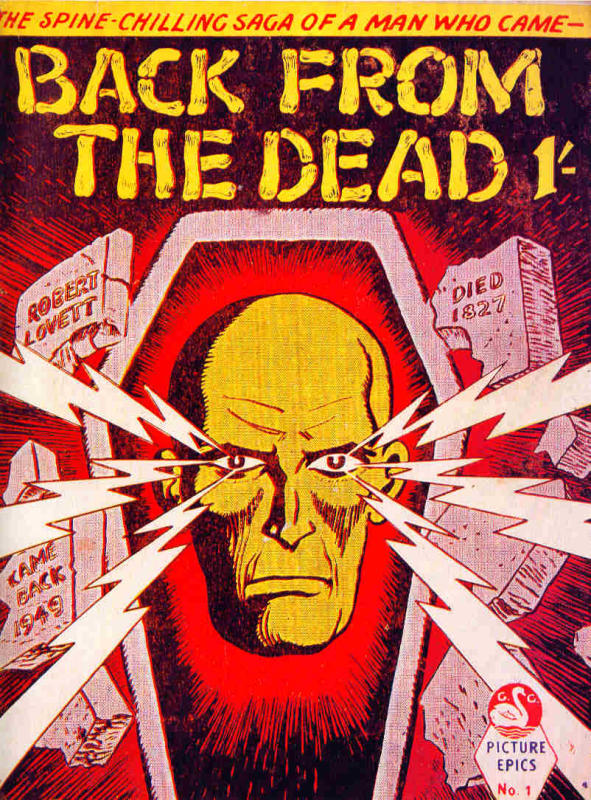 In 1940,William moved to London aiming to work as a freelance artist and together with his brother started work with publisher Gerald Swan that lasted a number of years —Back From The Dead is probably his most famous work though he also produced “Headline Henderson”,”Calling All Cars”,”Red Martin” and the pirate adventure “Old Hooky” and many others.
Although his stories seemed to be a little what Denis Gifford termed “slap-dash”,they were well plotted and paced and William was very popular amongst the readers of Swan Comics.  At least with Swan he was told how readers appreciated his work.  Also,he had no problems with what we might call creators rights at Swan. 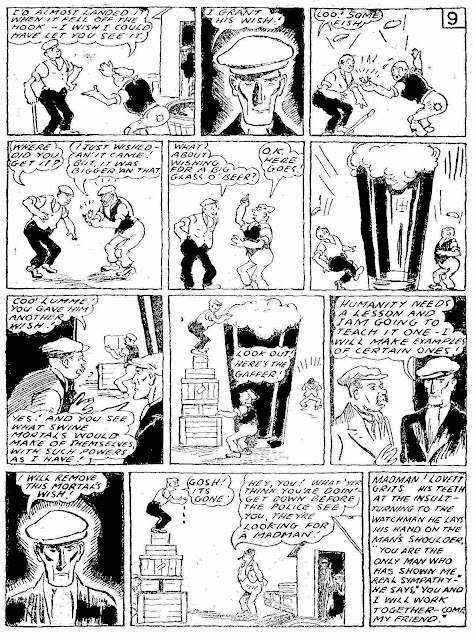 Back From The Dead featured in War Comics[1940],Topical Funnies [1941] and,along with help from brother John,the whole story was compiled into a 52 pages long Picture
Epics No.1 –along with that famous cover!
Back in Dundee,in 1944,William set up Livingstone Studios” which was later re-named “Strathmore Studios”.  Curiously,he specialised in drawing horses and was exhibited at the Royal Scottish Academy.
In 1962,William McCail retired.
For a long time I looked for a clear,crispy copy of Back From The Dead but,apparently,the printing of the time was a little low on quality [pay cheap you get cheap].  So,here is the best copy I have found to date.
Enjoy!
Posted by Terry Hooper-Scharf at 11:46