This is one of those scans sent to me quite a while ago and as is typical –no date.  I do know that Merry Maker Comic was published between 1946-1947.  There were 11 issues in total and published by L. Burn & Co.

The first issue  has work by Walter (Rob The Rover) Booth – Bob And Doris. Other work is credited to Basil Reynolds, but with nothing signed…

The Shell Shop is credited to Hugh White.

I have to admit that Bob And Doris looks really weird!  I’d love to see the complete story!

But this is all I have so if you know the date of this issue (or nmber) please get in touch!

addenda: Mystery solved!  Got this email from Ernesto:

"Hi Terry,
Glad to see you've posted my scan of this Merry Maker. I do believe it to be issue 11, though this is only because the person I bought it from stated it was and believed it to be the final issue.
I agree with your comment on the rather surreal Bob and Doris-it would be fascinating to see more, though if this was the last issue, it looks as if more artwork was done but probably never published.
The good news is I have acquired another issue, though yet to be received. I of course intend to scan it when it arrives and will be happy to send you a copy.
Cheers,
Ernesto" 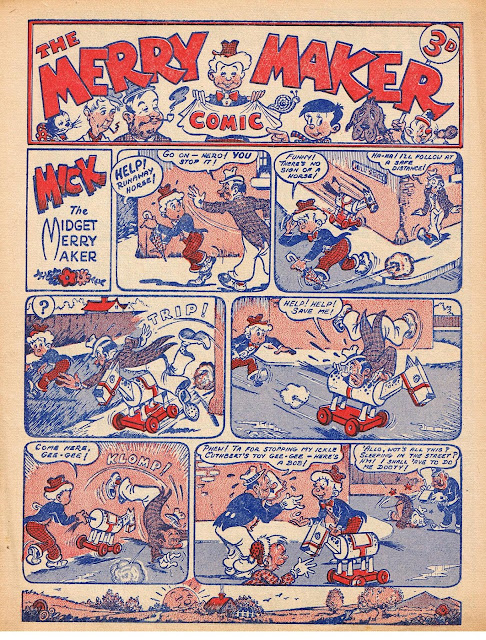 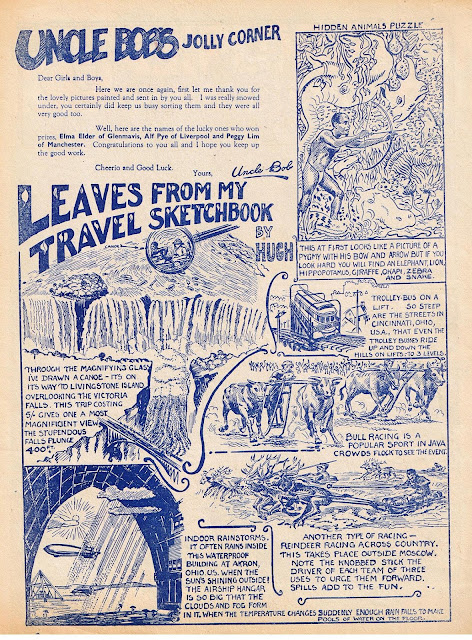 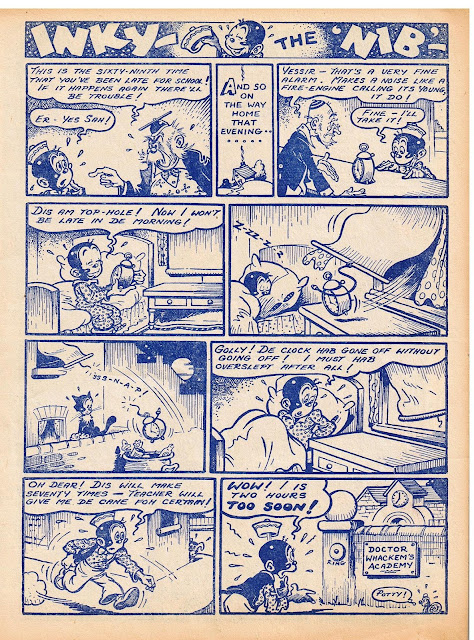 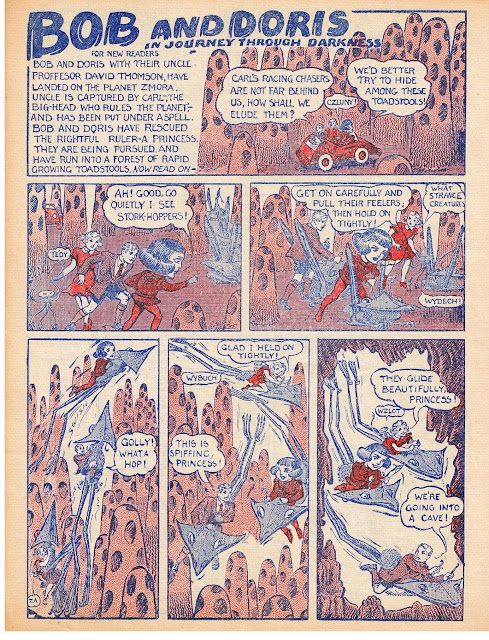 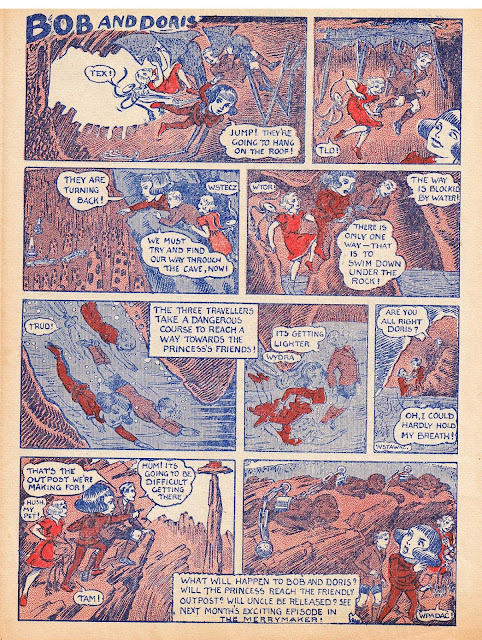 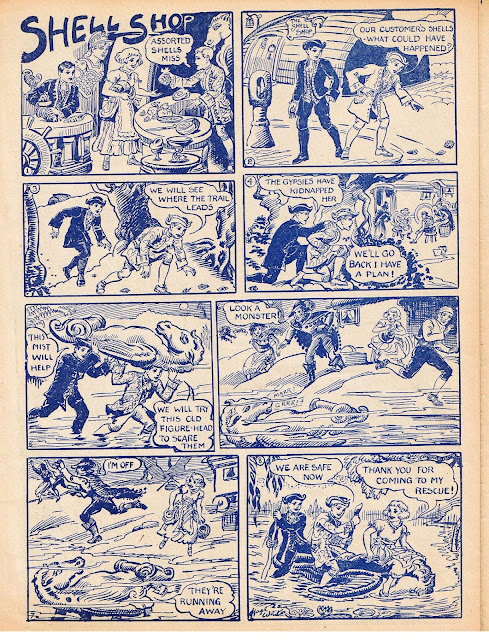 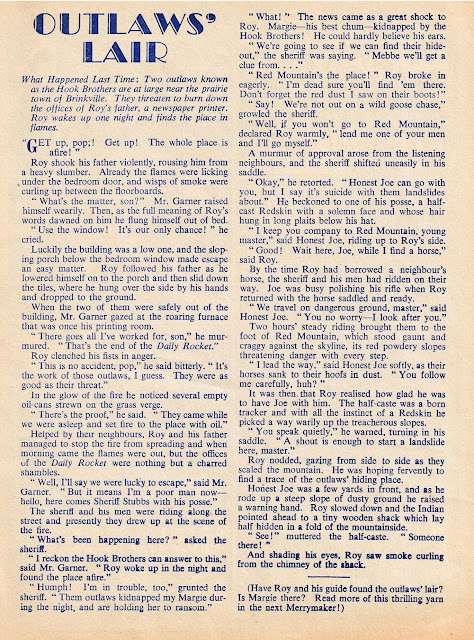 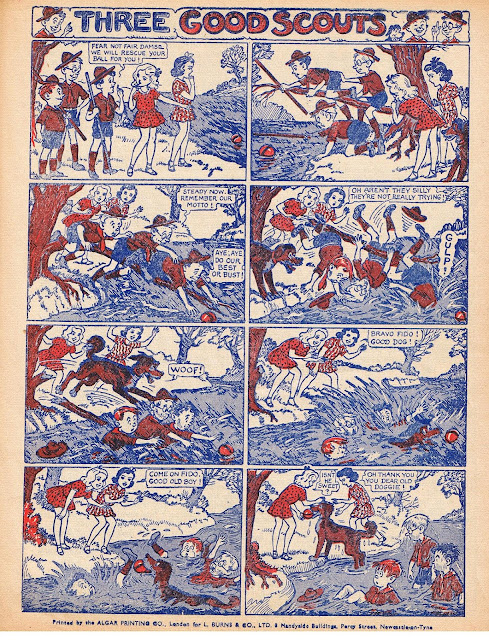 Posted by Terry Hooper-Scharf at 13:42