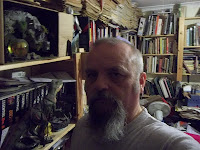 I posted this to my Yahoo British Comic Books Archive and Britcomics groups today.  Interesting if I get ANY reaction!!

No kidding. About 0300 hrs this morning I was working on a project and thought about this.

To make it easier, let's say I decided the team had to be Fleetway or Thomson:

That would be a BASIC team to build on.  For Fleetway:

Again, a basic team for the Silver Ages.

But the 1940s team built from non-D. C. Thomson and Non-Amalgamated Press characters and the same for the Silver Age.

Any thoughts or ideas?

Lets see what you got!

Terry
Posted by Terry Hooper-Scharf at 07:39