Received the following scans of The Merry Maker Comic today from Ernesto Guevara, who provided the scans of the other issue posted on site.  He writes:

Hi Terry,
"Just scanned issue # 3 of this comic and as I promised here's the page scans. Will be posting it to Scanarama in the next week.
The only signed strips appear to be Basil Reynolds on 'Larry Lisp', Stanley White on 'Bob ansd Doris' and Hugh White on 'The Castle Mystery'. The latter two variations on Hugh Stanley White presumably.
No date of course, presumably after the War. One can only hope some other of the issues will eventually surface.
Cheers,
Ernesto"
Well, I can solve the date, if not the exact date (week).
Algar/Burn published 11 issues of the title between 1946-1947.  If a weekly, then it must have begun population later in the year (1946) to reach no. 11 in 1947.  So I'm guessing that number 3 must have been published in December 1947?
Anyone who can pinpoint it exactly...you know where I am!
And, of course, THANK YOU, Ernesto! 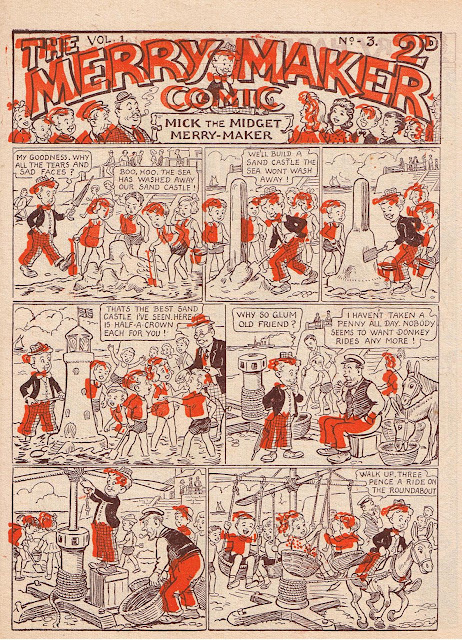 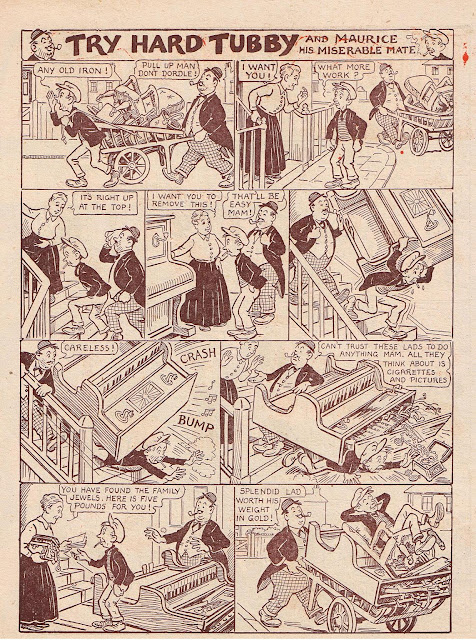 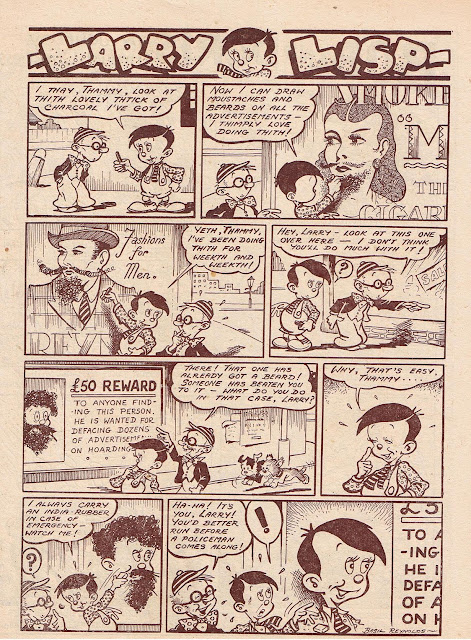 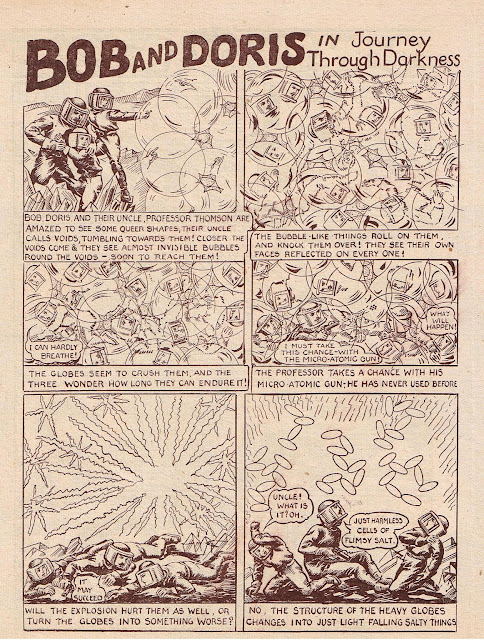 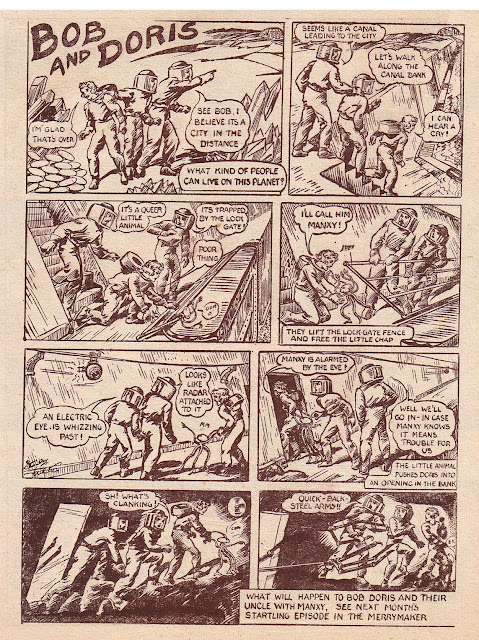 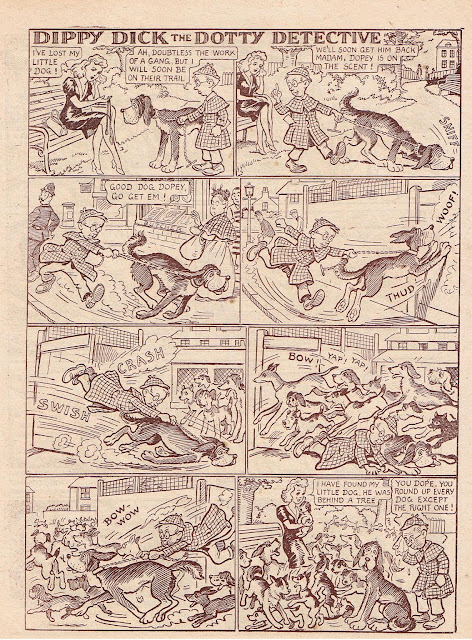 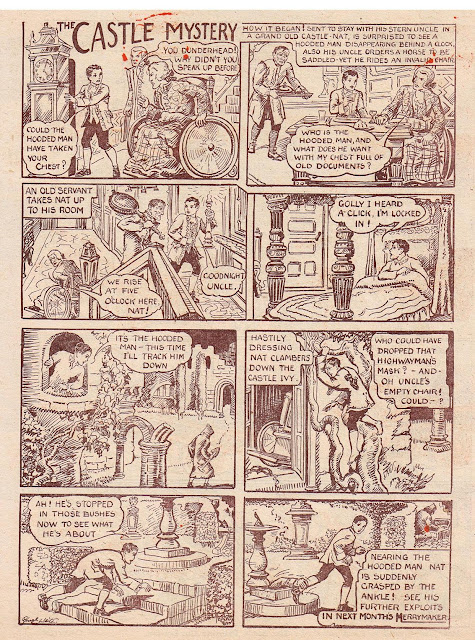 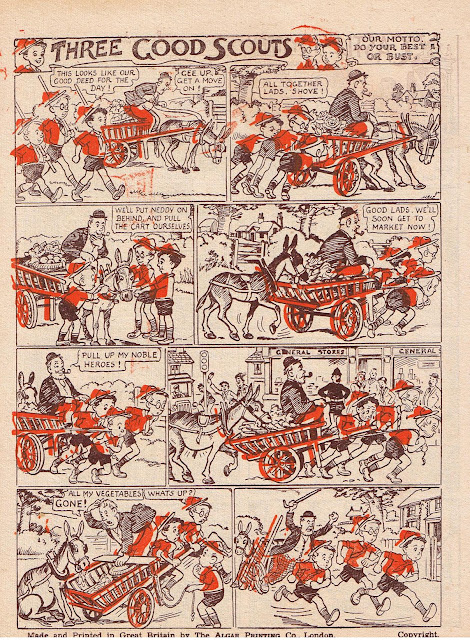 Posted by Terry Hooper-Scharf at 14:06