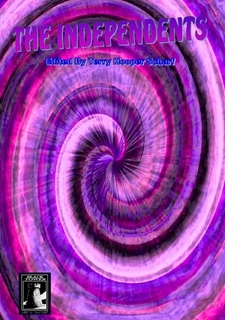 Apparently, 102 people checked out the closing notice last November.  Not surprising.  What is surprising is that 1766 people (without me doing the usual social media shares) clicked on to view a Black square.

A black square.  Nothing else.  It was just put there to signify closing of the site.

So why am I posting again?  Well, I doubt this will be permanent though that would be fun. You see, there is a very under rated British comics creator named Ben R. Dilworth. He keeps checking my blog stats (I don't) and told me of the number of recent views.

"Post something. See what happens" he said. Well, I had a headache and my joints were in pain so I was not doing much else so why not?

And a good few people visited the blog -and the UK Golden Age blog.  But this is the problem.  You see, I take time to scan and post here. The whole point of doing this was for fun but also to sell some of my books because, and people do not realise this, I need to eat and pay bills.

With my Comic Bits Online blog, Google+ and all the sites that pick up items as they are posted "I" have had around 8 million views. That is since 2010.

Now that takes a LOT of work and I normally do not care but no one ever comments. Items I post are stolen and used by others as 'their' work.  People pop on to whichever blog, read then go.

This I don't care about. But someone said "unknown,un-named faceless people read and take and probably do not give a crap about you and go".  All the views have resulted in sales for other publishers -they tell me how sales rise after a review or whatever on CBO. Me? I think I've sold ten books since 2010 due to a posting.

So, though this is fun, if only 4 people (who ordered those 10 books) out of 8 million buy...well, I think it makes my point to Mr. Dilworth. You cannot argue with the facts.

And you cannot force people to buy your books on a subject -say UK Golden Age comics- if all they want is to grab something free off the internet. I have books on the UK Golden Age with HUNDREDS of pages and Penguin Flight Osaka has mixed some in with its Come On! Comic. Also Black Tower super Heroes mixes Golden, Silver and modern strips. But to see that material people need to buy.  People will not buy.  They want free.

That doesn't work for me as I struggle to save my company (though it may be past saving) and earn money. This is how well I am doing: due to ill health I depend solely on a government benefit. Yet I have thousands of comic book pages covering different genres readily available for people to buy.

Without the support of people who view these posts -you- via book sales then that's it. Look at it from my point of view: work like a maniac while rotting away on a low benefit or simply stop. No one is interested. What would you do because, after 40 years, I'm all burnt out.