Can You Help Me Triumph??

Out of sheer and utter frustration I would like to ask visitors to this blog if they can help with a project. It isn't something that will cost you money so don't panis!

Since the 1980s I have tried to set up a British Comic Book Archive (BCBA) and the response from UK comic collectors has been dismal. A few have tried to help but UK comickers/collectors are notorious for not being willing to share scans of books.

In the last 30 years all of my breaks have come from collectors outside the UK -a good few in the United States.

The general UK attitude is either "I might have that book but I can be bothered checking" or just plain "NO! I bought it and it's mine and I do not share.

Seriously, in the US (and other parts of the world) comic fans are willing to share scans because it is a subject they enjoy and want to share with others.

To the point. I have tried and tried to find anyone in the UK with issues of Amalgamated Press title Triumph and particularly issues from 8th July 1939 to February 1940.  They are not particularly rare and usually go for £2.00-£4.00 but none from this particular time frame are appearing for sale.

So, I am asking -VERY nicely!- whether any of the regular CBO viewers from the United States or Europe (or anywhere and I include other planets here "just in case") who might have these issues or has links to downloads of them or whatever can get in touch with me.

You'll have my thanks! 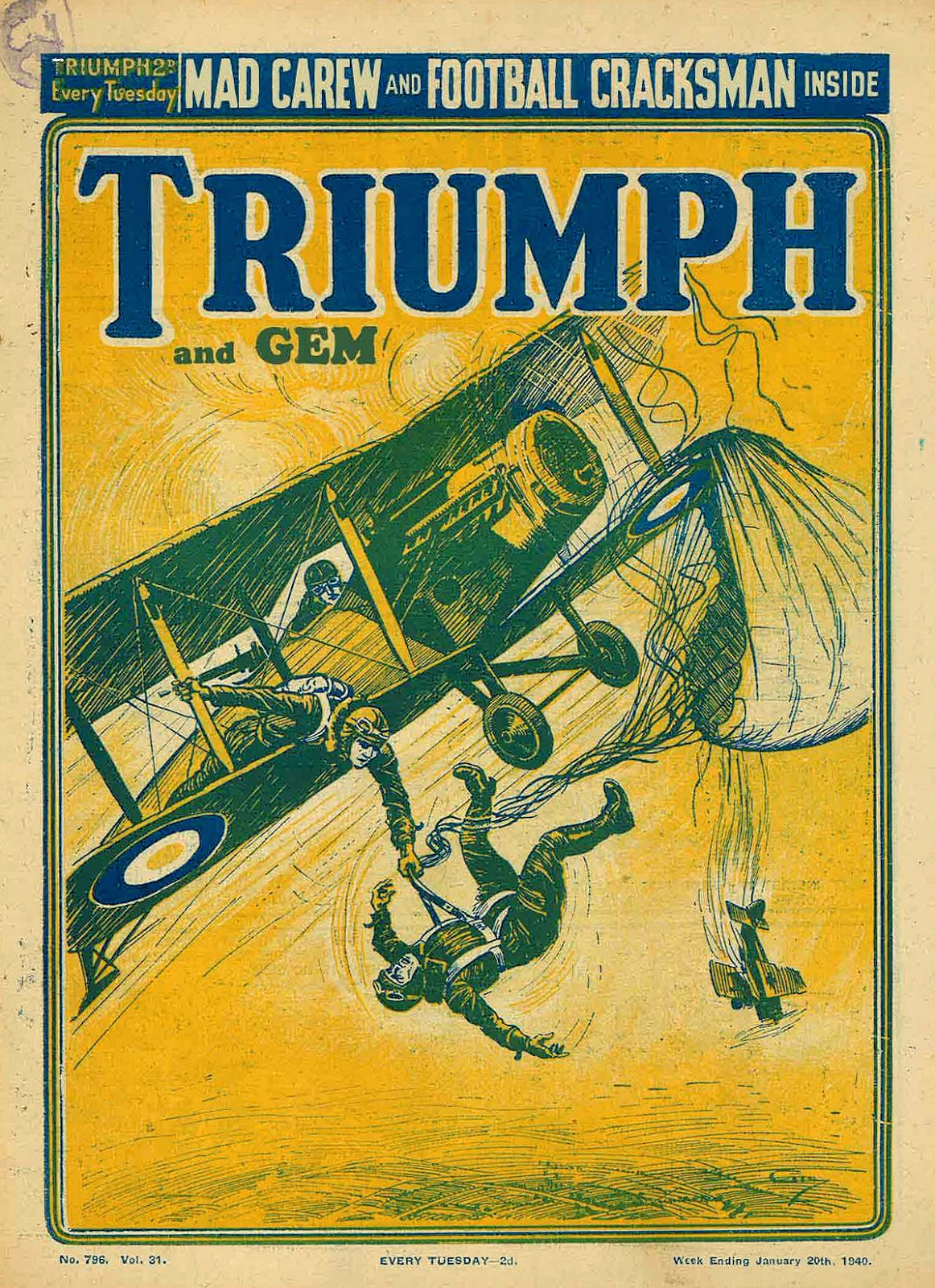 Posted by Terry Hooper-Scharf at 14:30