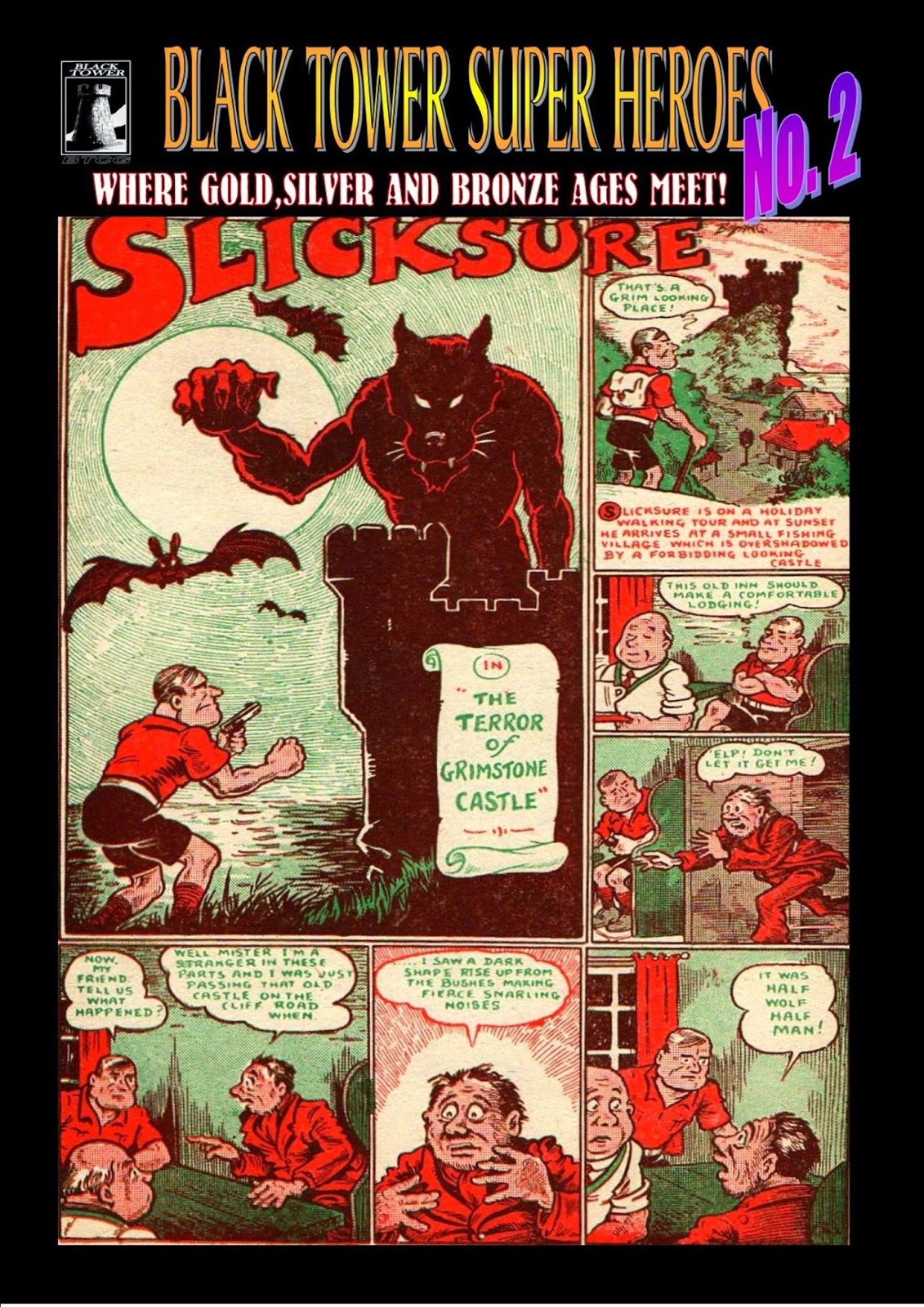 Hello.
Yes -I'm doing a brief posting so that you all know that I am still alive if not totally sane.  Well, a bit sane but I need that the write posts.

Why have I not been posting?  The answer is simple: seeming total lack of interest from people.   The Black Tower single volume British Golden Age books have been out several years now and I think one sold.  I combined all the volumes, with a bit extra, into The Ultimate British Golden Age Collection. Over 400 pages that you are not going to find in print anywhere else.  That came out in 2012.  Sales -ZERO.

Even my Yahoo British Comics Archive Group which deals with the Platignum, Gold and bit of the Silver Ages gets no responses -though they are left as they are a valuable reference resource.

It just isn't about The Beano, The Dandy or some Amalgamated Press title.  Therefore, most UK comickers have looked down their noses at the comic material.  Rude comments about the publishing quality of books by publishers such as Swan (there was a ***** war on, Morons!).  "No significance" in these books I am told -until someone wants to sell one at an over inflated price. 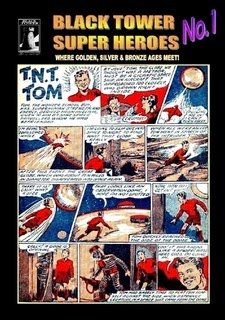 Even bringing back Krakos the Egyptian and The Bat (William Ward's not George McQueen's -though he has been brought back) back in 2010 resulted in, if memory serves, oh yes -zero sales.

WHY is it that while the US rediscovers, resurrects (if badly some times) and even have magazines such as Alter Ego centred on Golden Age characters the UK seems more obsessed with Beano, Dandy and a few Amalgamated Press/IPC/Fleetway war or humour comics?

Even the UKs first investigator of ghosts and all things occult -and later flying saucers- Dene Vernon is revived and three years later still no interest?

I really have no idea  As it stands, however, I have put in many years of work -and I do mean work- on getting strips publishable and even spent quite a bit of money gathering material.  The results are those single volumes or the collected book and now Black Tower Super Heroes -and Yahoo Group's British Comic Book Archive.

And some of the Golden Age characters, and Silver Agers, have had cameos or books.  The Iron Warrior, Return Of The Gods: Twilight Of The Super Heroes and even The Cross Earths Caper and the next major book -The Green Skies.

So why no more Golden Age books?  I think I just answered that question.  People do not buy then there is no customer base.  At the end of 2015 I may be closing the online store and though I'll have copies (NOT to sell) in my collection they will, for any practical purpose, be gone forever.  That will be sad but that's life.

I will put up a few ads for the books and occasionally I will post on the subject but no feedback just cements the point of view that there is no real intrerest.

This is the point where I look blankly at my books and say out loud: "D'oh! I've wasted my life!"

Until I become a millionaire -Keep chuckling!

Posted by Terry Hooper-Scharf at 06:43