l know there are some who are not too keen on the more modern interpretation or art style of these UK Golden Agers.  The thing is they are still great characters and, as in this strip by Ben R. Dilworth, we keep them true to how they were presented originally.

Let's not forget that when Krakos The Egyptian first saw print (and that book/story is still the Holy Grail for us Swan fans!) he arrived in Nazi occupied Europe and....uh, well, he incinerated Nazis.   He did announce himself as "The Angel of The Burning Death" which meant he was no boy scout.

Also, in keeping with the legacy of the creators, known and unknown, Black Tower does not "re-boot" the characters into what they never were.

I have, after 30 years, decided to give up the constant hunt for William Ward's original The Bat strip and I've done the same with the original Krakos strip.  If I see them or get scans then I'll make sure the stories DO see light of print again.

In the meantime, if you are in Bristol.  If you are a petty crook....avoid the house with the name plate on the door that reads "Krakos"! 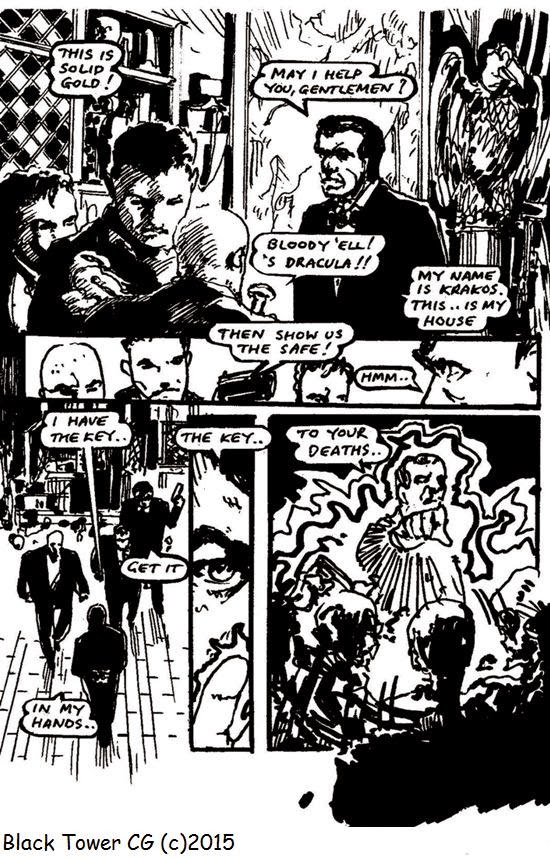 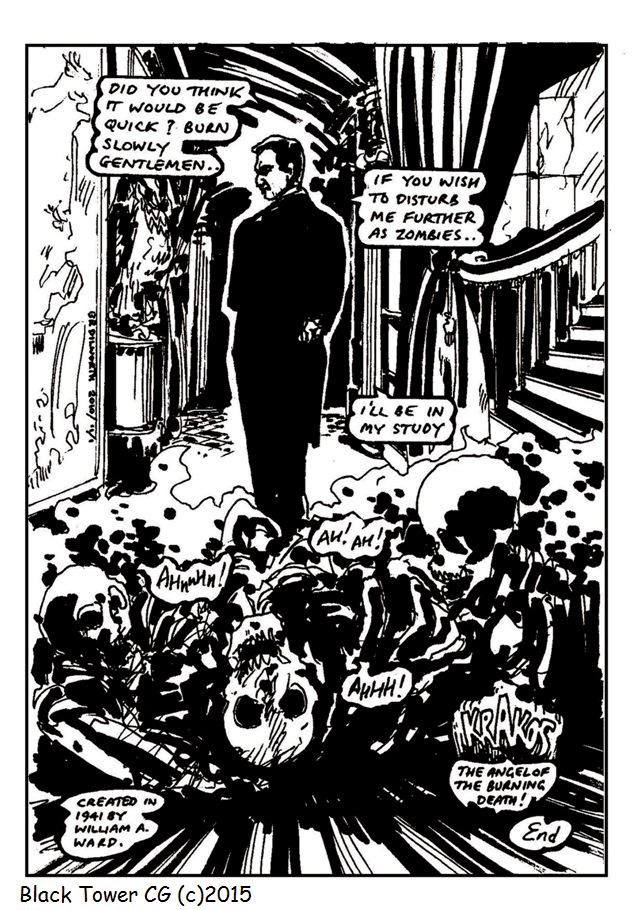 Posted by Terry Hooper-Scharf at 10:25