Sandy's Steam Man was by Joseph "Jos" Walker, of whom we have absolutely no biographical information.  He was a very competent artist and contributed to many Amalgamated Press publications including the early issues of Knockout.

From 1939-45 only Walker reprints were to be seen.  As we have no idea as to his age or private life we can only assume that he died in the early 1940s -whether on active service or not is unknown.

Sandy's Steam Man was originally billed as The Steam Man On Treasure Island when it started as a two page serial in Knockout no. 1, dated 4th March, 1939 -76 years  ago. "Sandy" was the old Scots engineer who puffed on his pipe (oo-er) but when the good ship "Shamrock"  goit wrecked on a reef the adventures started!

I apologise but I have no idea which issue this came from ((no. 2?)as I lost the notes long ago.  I do have scans so one day I'll sort that out.

Question, though: The Steam Man -a suitable character to revive? 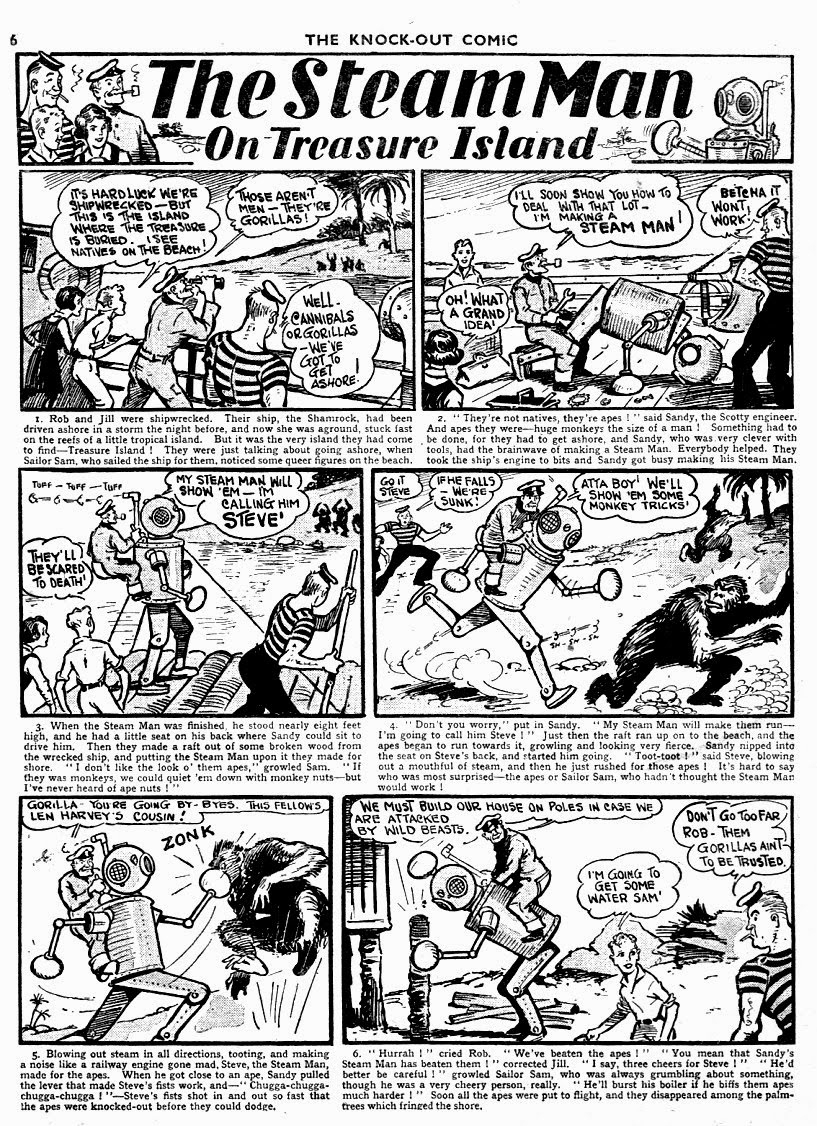 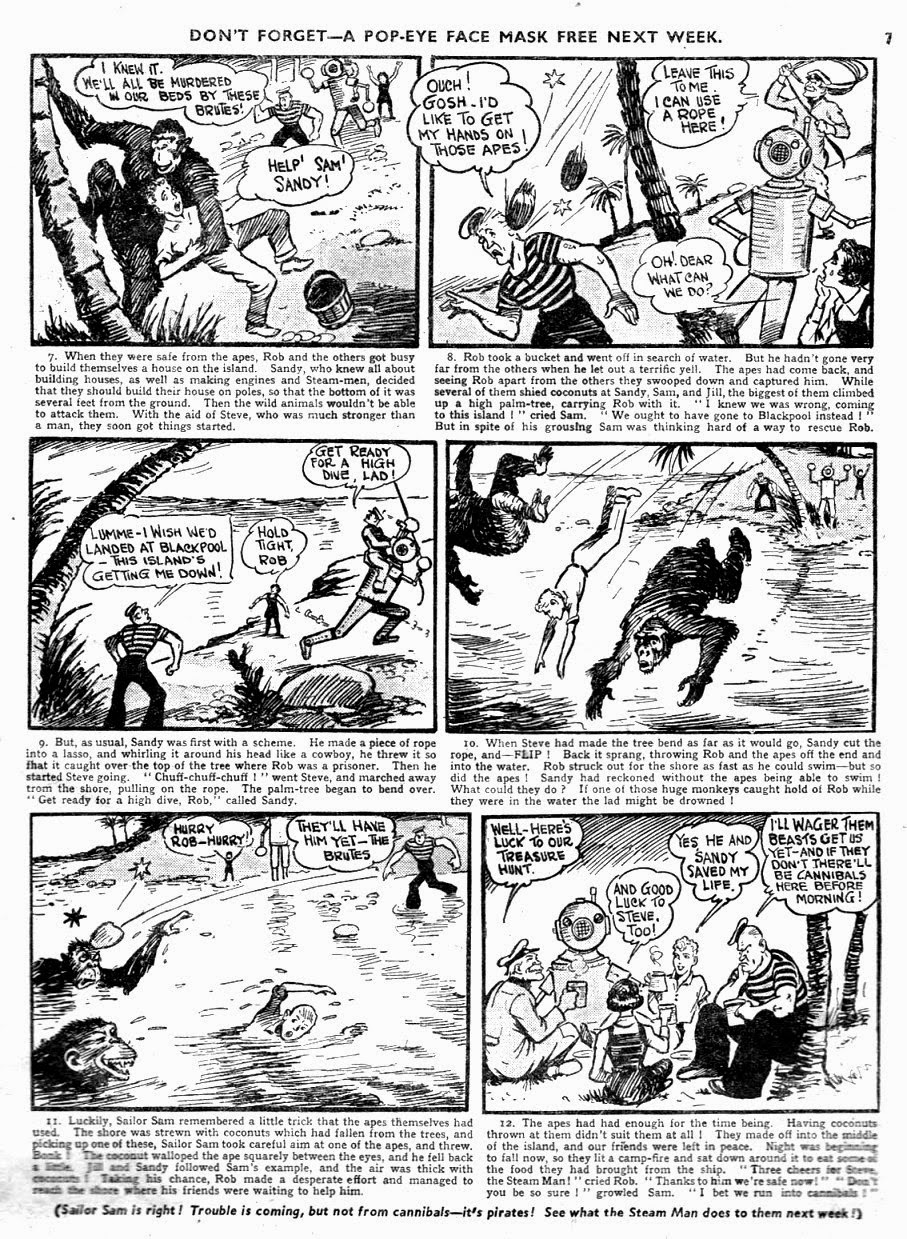 Posted by Terry Hooper-Scharf at 13:19