From the Amalgamated Press Film Fun Annual 1942.  My pages are from a rescued, cover-less annual but Robert Downing at Scanarama has posted a full scan and although he does not like the cover I do!! I wish mine had that cover!!!

Set (strip) artist was George Wakefield and Laurel & Hardy ran in Film Fun from 1930-1957 -George's son, Terry taking over after his father's death.

Laurel & Hardy, like every other Hollywood and British star in these comics, had not granted permission -and when Laurel & Hardy visited the UK in the 1930s and then the 1950s, George Wakefield and later Terry, wanted to go and meet them.  Amalgamated Press almost had a heart attack because they did not want the pair to find out they were appearing in Film Fun! 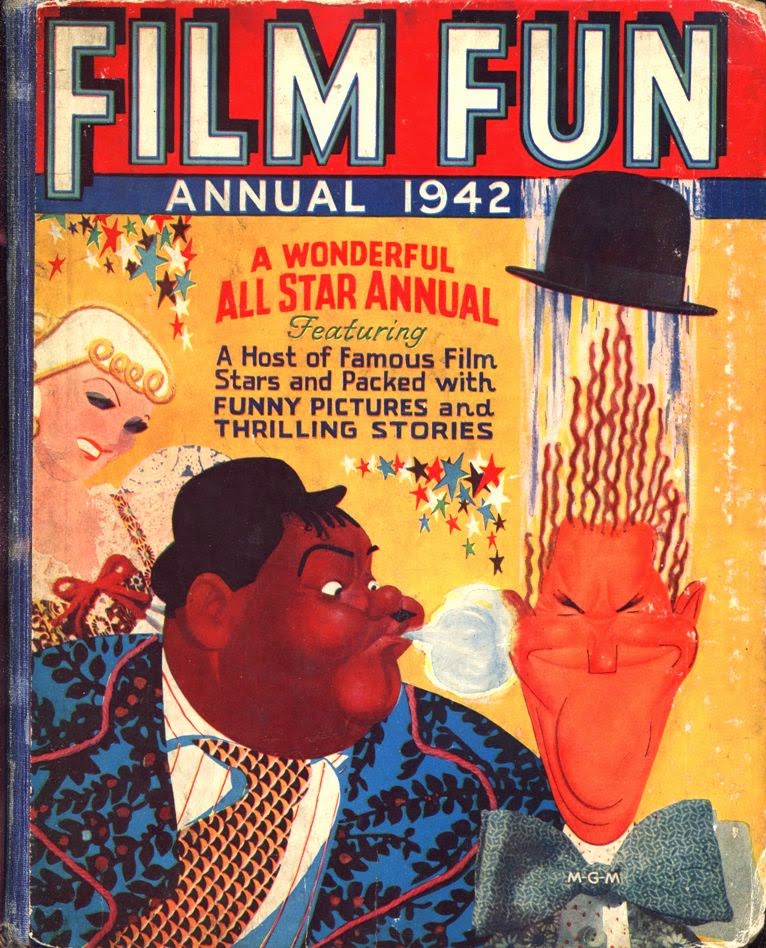 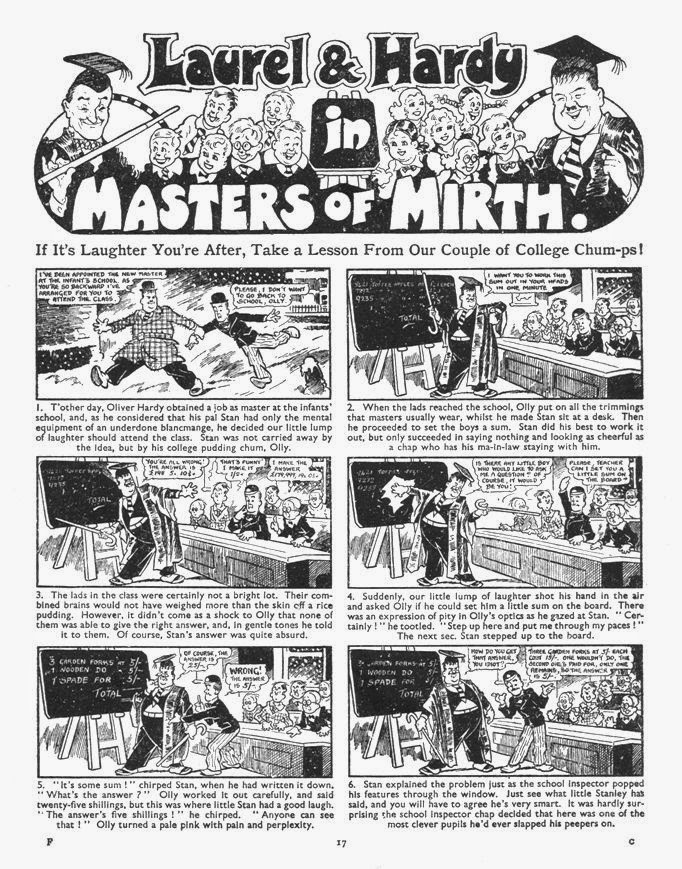 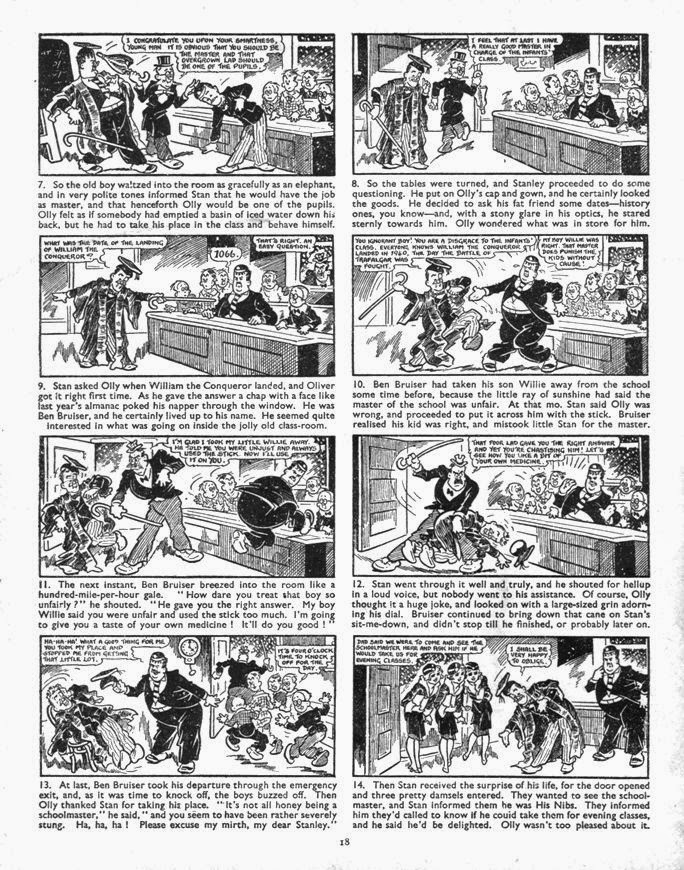 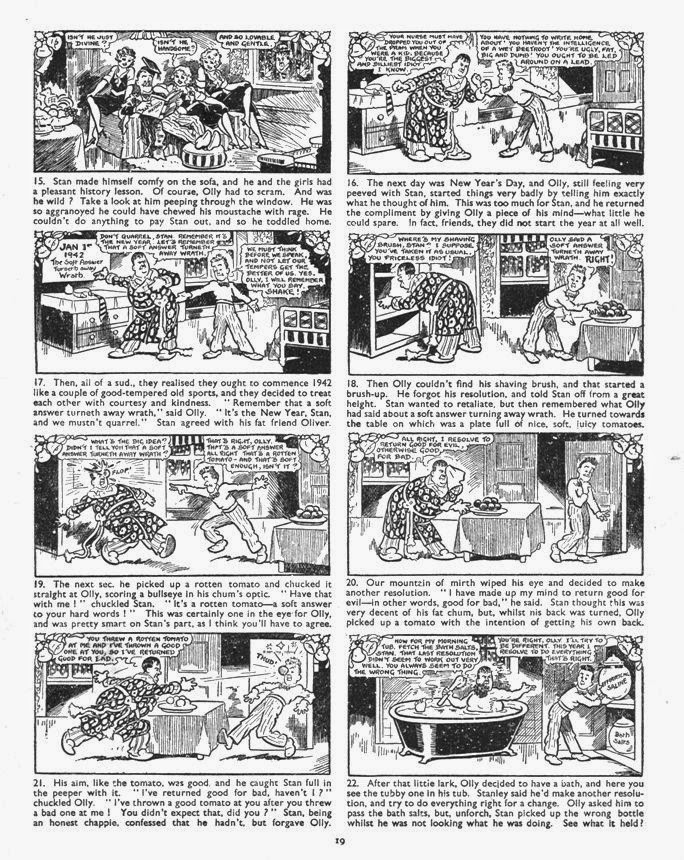 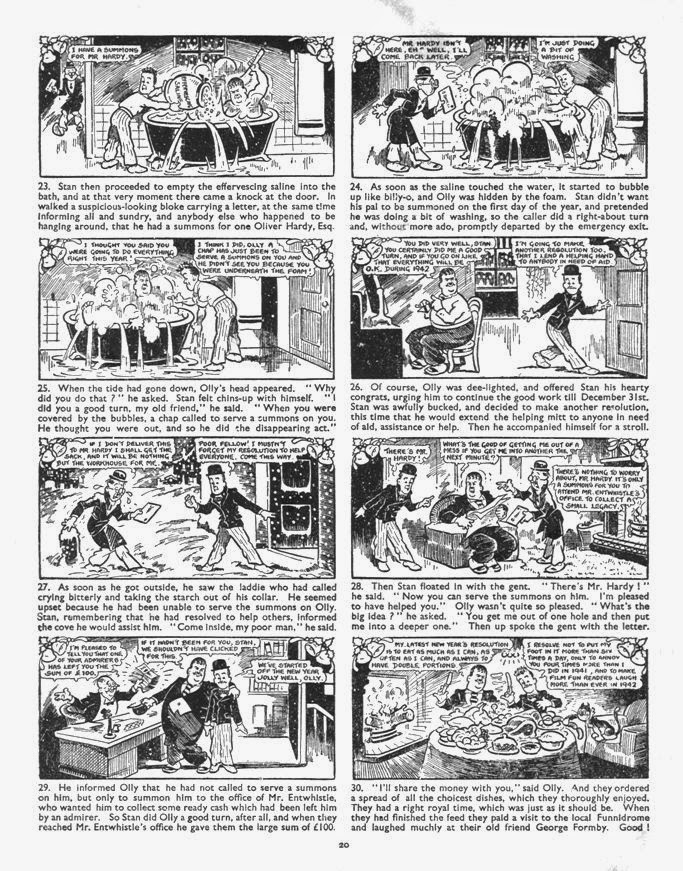 Posted by Terry Hooper-Scharf at 10:40