The Colorado Kid in Rock Trap At Bridger's Gap!

Colorado Kid was published by L. Miller & Son between May 1954-1959.  The art was put together by the King Ganteaume Productions studio -set up by two ex GIs after WW 2.  Initially, the comic was to feature Riders Of The Range radio show star Cal McCord.  However "last minute changes" led to the book being the Colorado Kid -he kept McCord's side-kick, Wyoming Joe, though.

The Colorado Kid and other UK Western heroes began a quest in 1995 in Black Tower Comics -the end result (so far) featured in The Cross Earths Caper -available from the Black Tower online store -http://www.lulu.com/spotlight/hoopercomicsuk or Amazon and Barnes and Noble....but I make more from the online store...hint!

These pages have not been cleaned or edited as they would be for publication though I have "slightly" cleaned page 5 to show the difference. 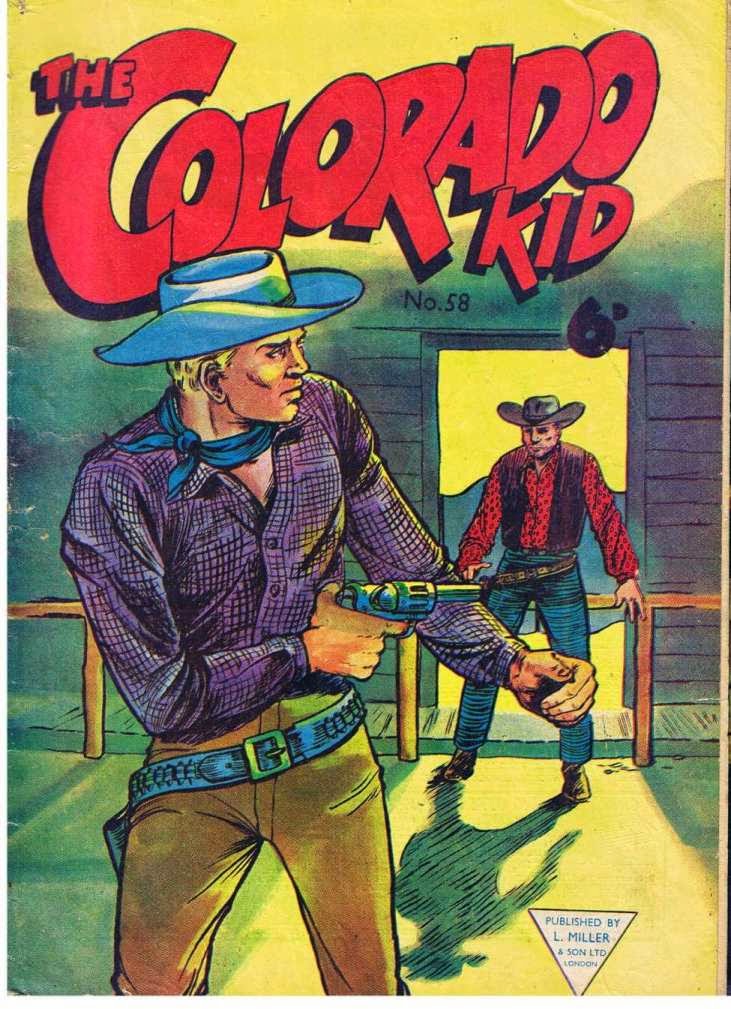 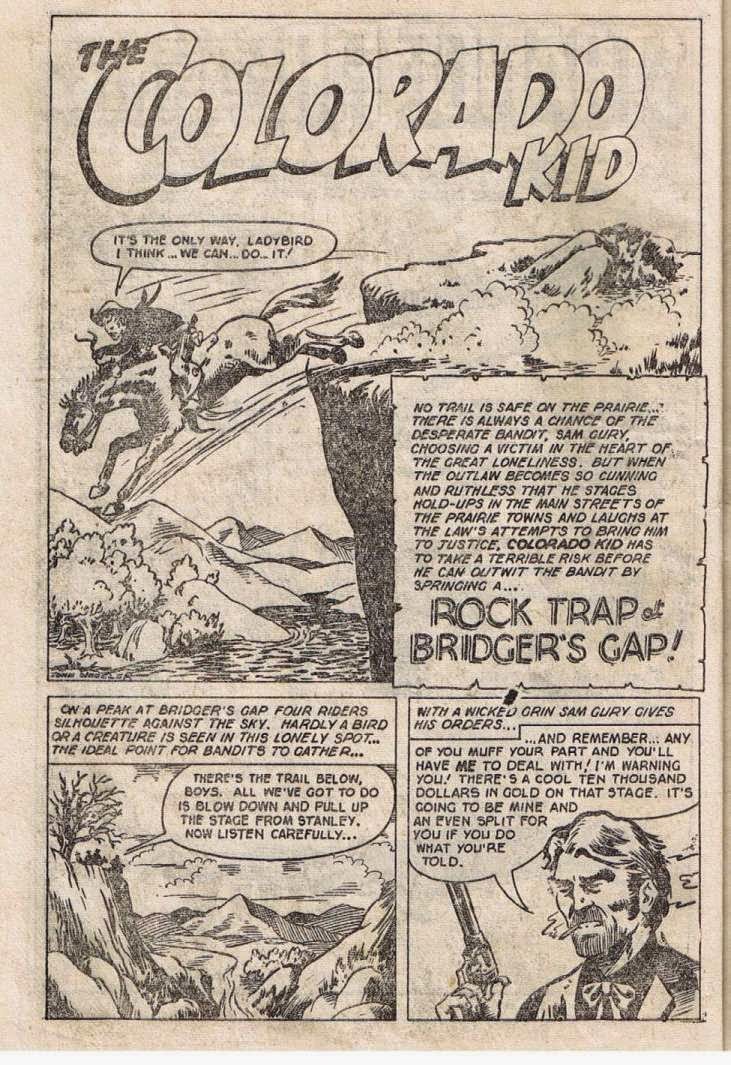 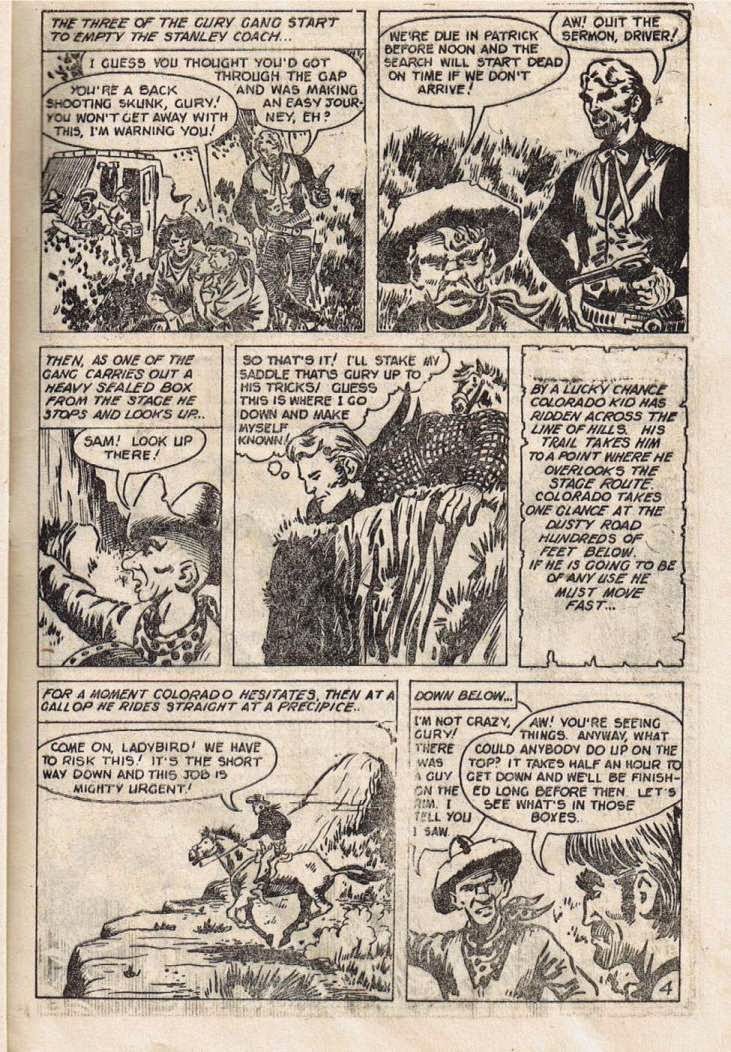 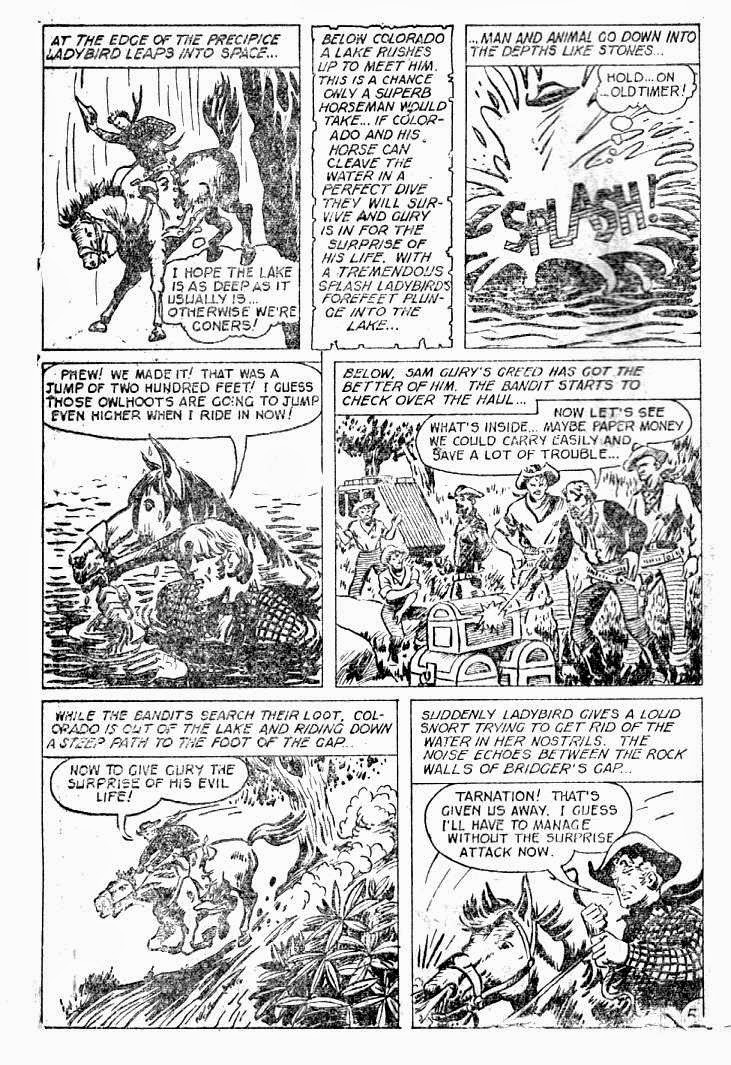 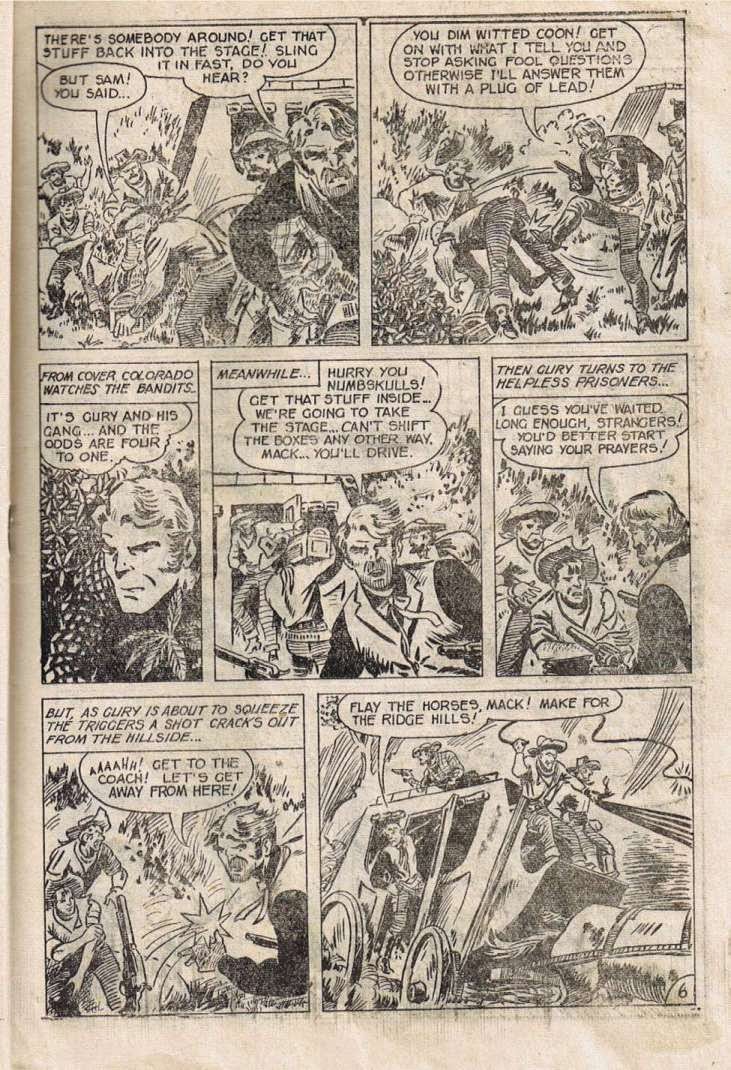 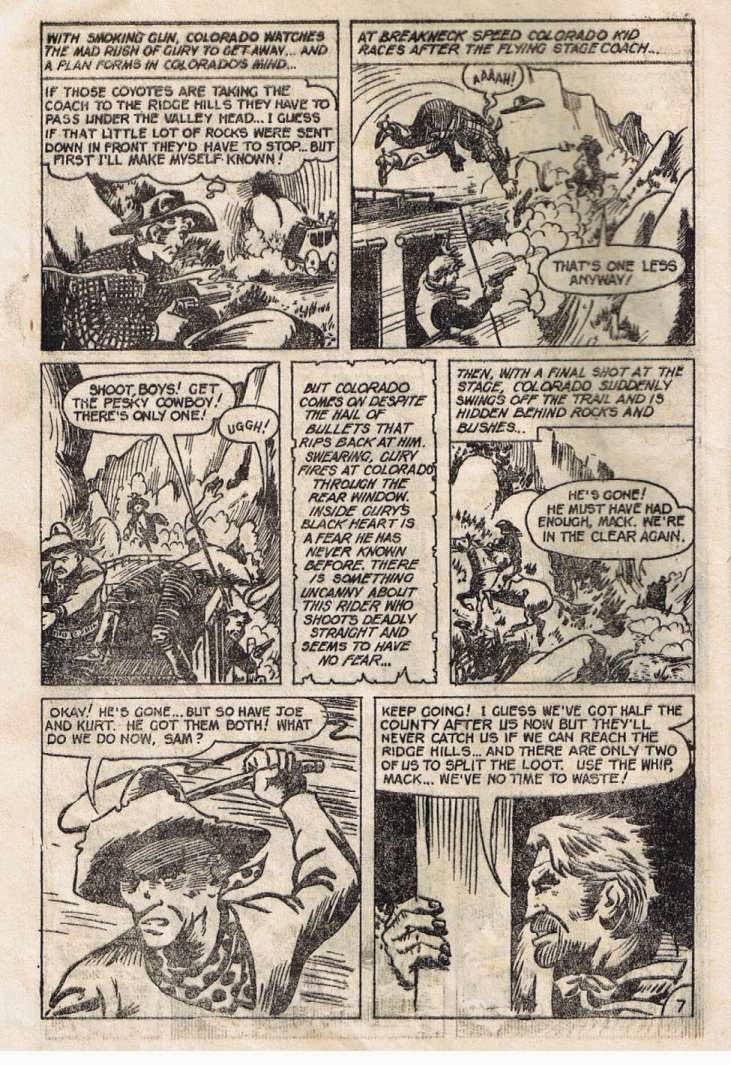 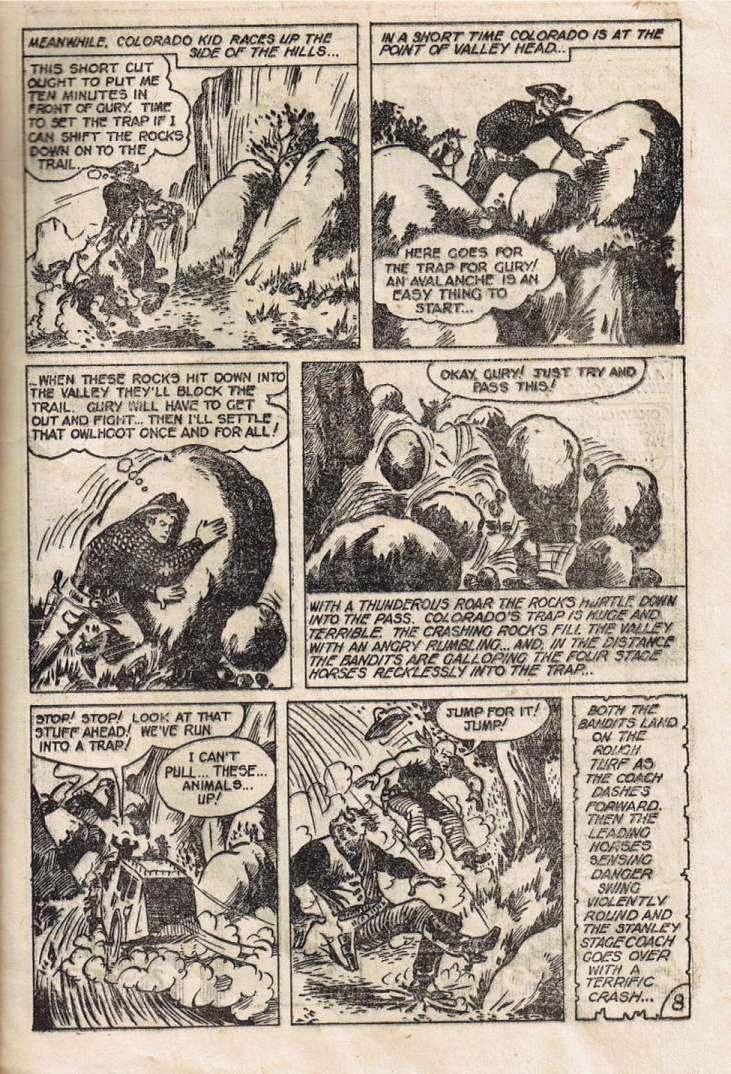 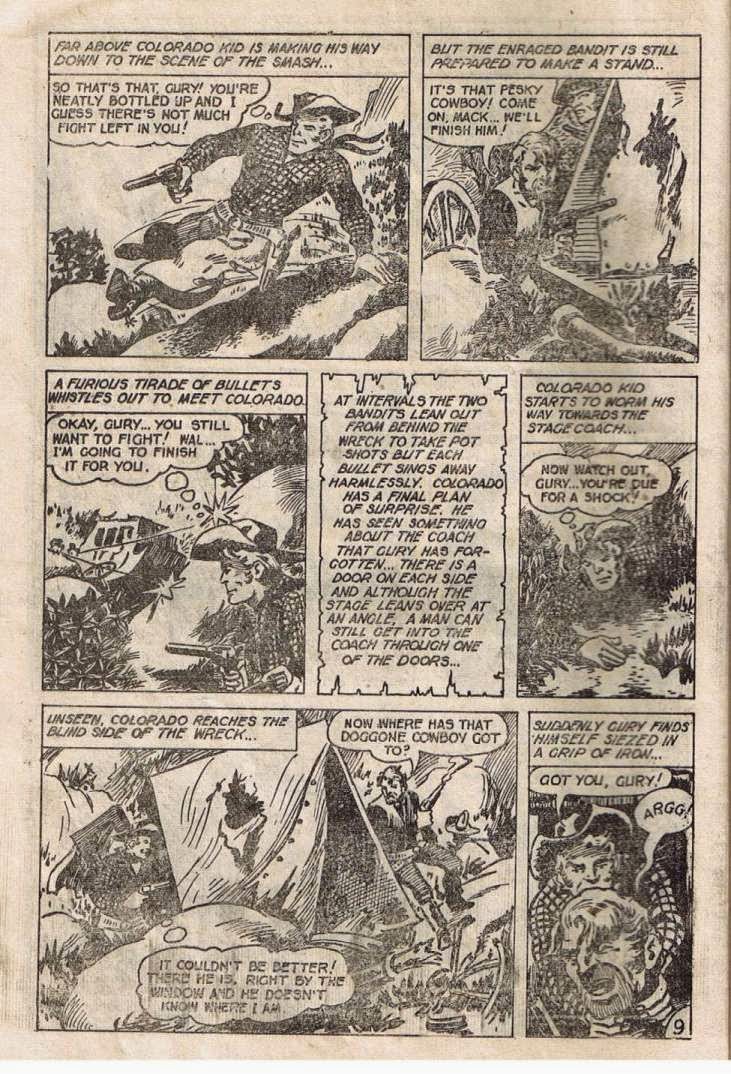 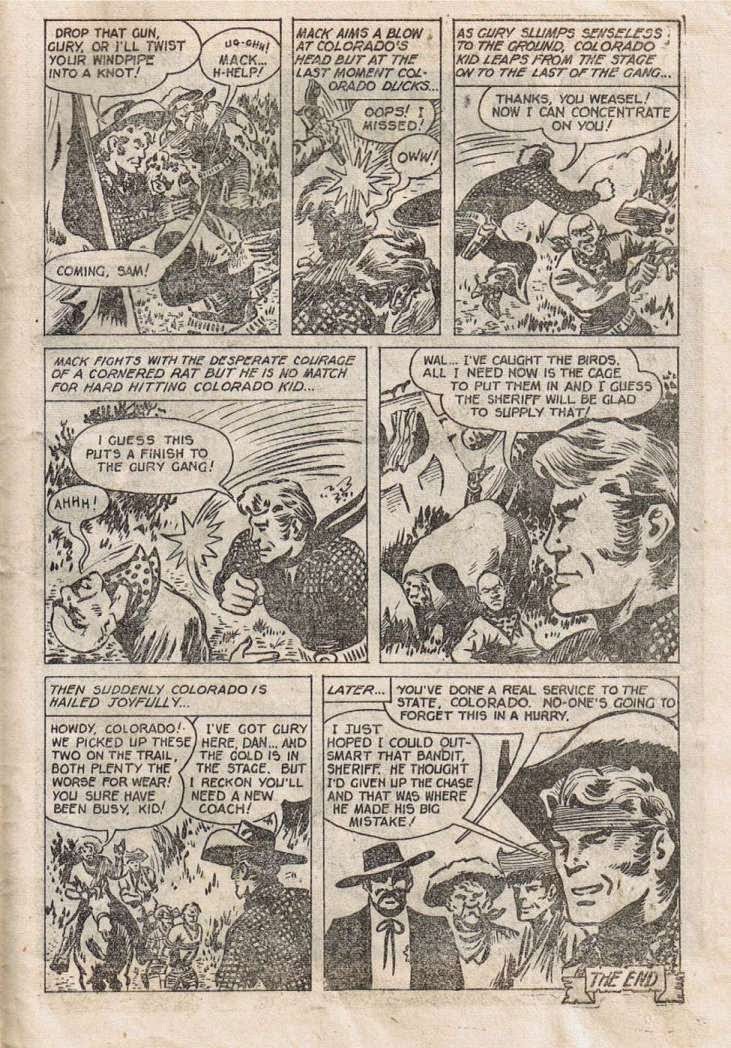 Posted by Terry Hooper-Scharf at 11:39