Yes, this is the obituary Denis wrote back in 1995 but let's face it, we need to keep reminding comickers who these people were.  Sadly, no photographs of Dennis are known.

Dennis M. Reader was one of the first British strip cartoonists specialising in super-heroes, and his bold signature will be well remembered by avid devourers of British-made American-style comic books of the Forties. 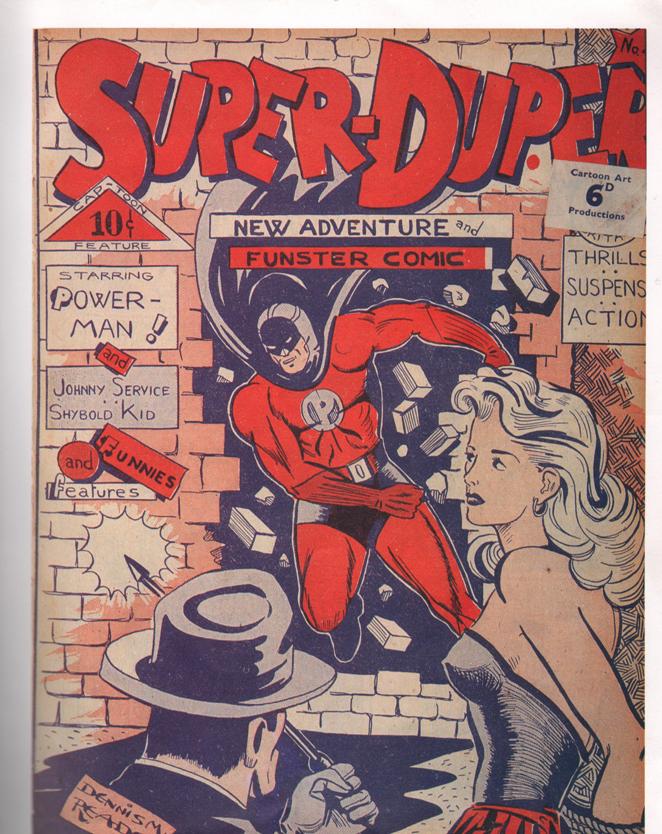 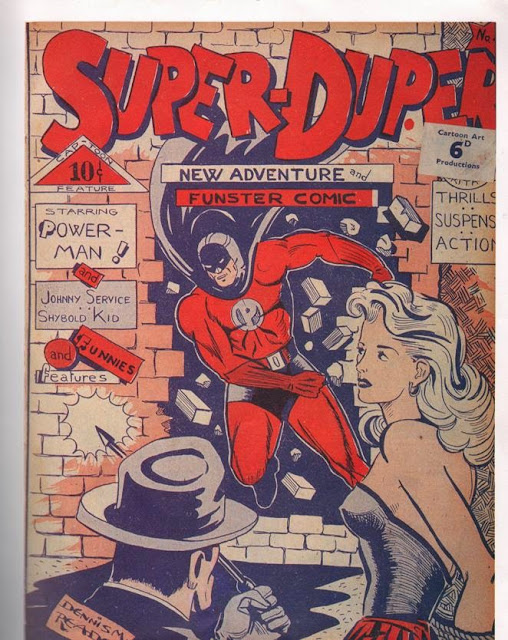 Dennis Malcolm Reader was born in Peterborough in 1927. His mother painted sensitive water-colours, and Dennis was inspired to follow suit. "She did not force a pencil into my hand and tell me to get on with it," he recalled recently. "It was just that seeing her work in her every spare minute convinced me that that was what everyone did, so I should do it, too."

Reader learnt the art of story-telling by reading books to his blind grandfather: Hemingway, Saroyan, Dickens, and even Margaret Mitchell. His third great influence was the full-colour American comic supplements, sold at Woolworth's, with strips by masters such as George ("Krazy Kat") Herriman, Elzie ("Popeye") Segar and Milton ("Terry and the Pirates") Caniff. It was the last who perhaps influenced Reader's own style most, mixed with a dash of Joe Shuster's ground-breaking Superman.

Reader drew his own comics while still at school, before leaving at 14 to take up an apprenticeship with a local printer, where he stayed until he was 20, taking extra-curricular instruction from a retired art master. 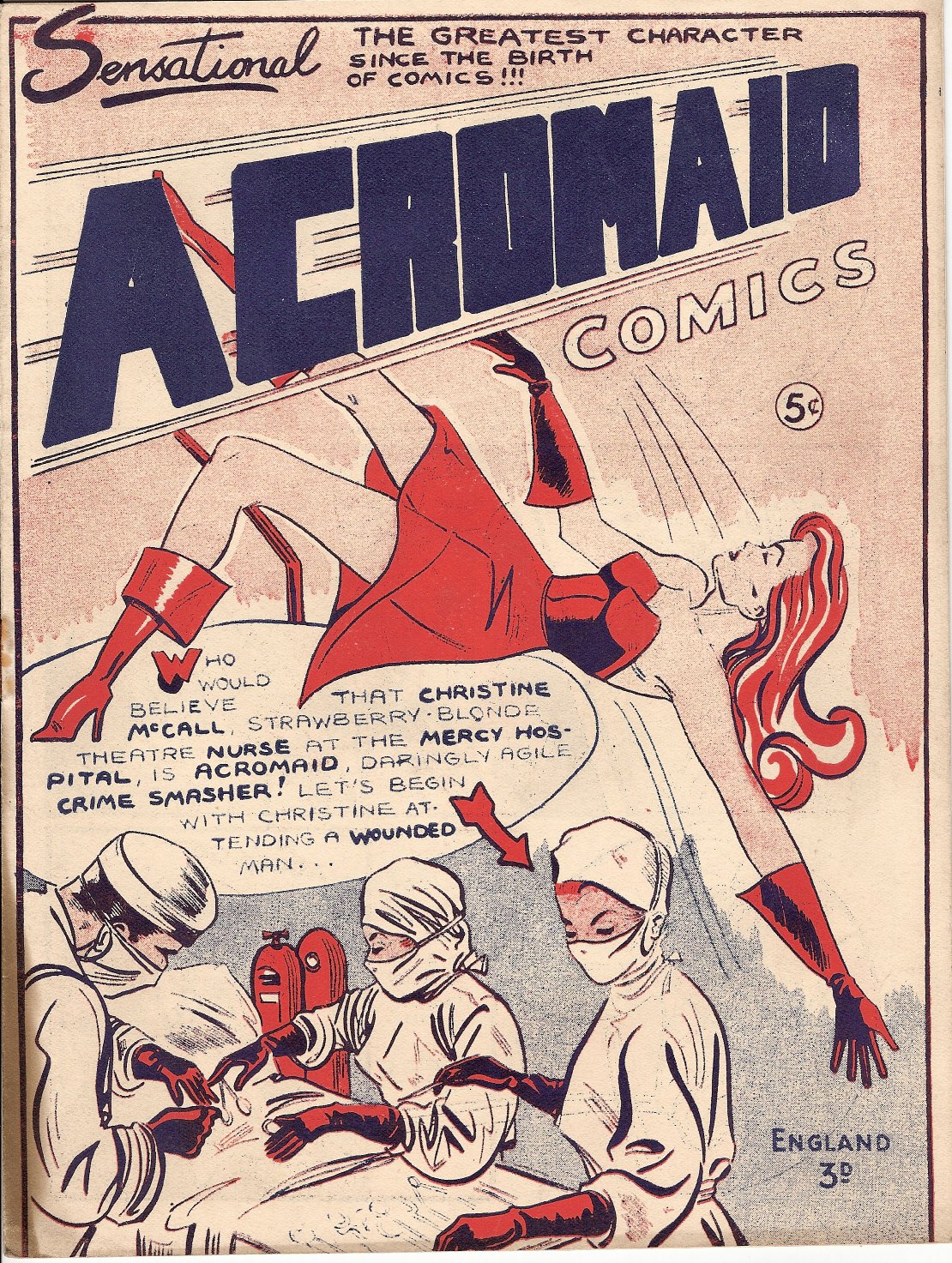 The possibilities of strip cartooning had hit Reader when he encountered the comic books published by the ex-barrow boy entrepreneur Gerald G. Swan. This native genius hit on the idea of entering publishing when the Second World War stopped the import of American comic books, beginning with New Funnies No 1 in January 1940. Swan built up a chain of threepenny comic books, un-English and pro-American in style. But nobody Swan found echoed the true Yankee comic-book spirit until Reader submitted his four-page, 48-panel adventure of "Cat Girl". It was 1944, and Reader's sexy super-heroine was something never before seen in a British comic.

Reader now looked north to a little company in Glasgow, Cartoon Art Productions, or CAP-toons for short. Recognising the pseudo-American style as fitting perfectly with their publications (which always bore two prices, threepence and five cents, to fool their readers), they flooded Reader with work. It meant late-night working for Reader, who hung on to his job at the local newspaper.

Consequently the polish on his style disappeared, but his creativity ran wild under pressure, and beginning with his first super-hero, "Powerman", he unleashed a stable of super-stars. There was Rick Larson and Burt Steele, both 3000 AD; G-Boy and Wonder Boy, two super- teenagers; and even a cowboy, Dusty Trale. His super- heroines included Electro-Girl, Acromaid, Venus, Phantom Maid, and Starlite Rand. 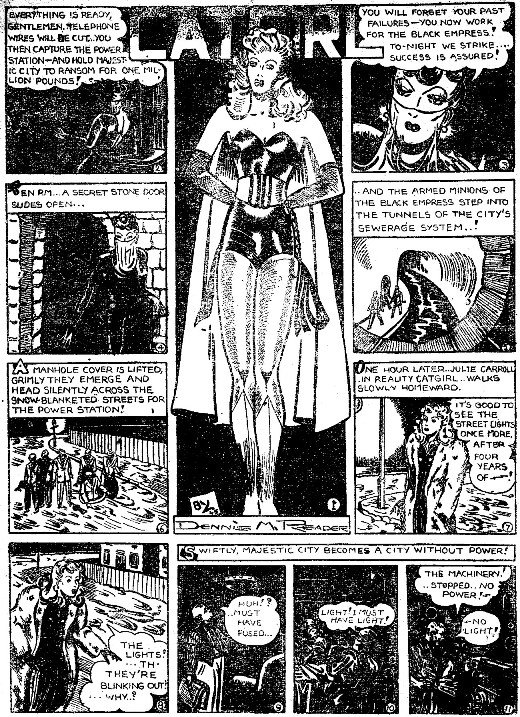 Despite being offered a staff job as an inker at D.C. Comics in New York, Reader found himself drawn out. He gave up the comics and took charge of Perkins Engineering's art department, where he remained editor of their in-house magazine, Perkins Echo. With the onset of kidney trouble, Reader turned to writing and illustrating children's books. He produced his first, A Loverly Bunch of Coconuts (1989), for Walker Books. Moving to the Picture Lions series he came up with a number of delightful titles including Fed Up! (1991) and Joe Useless (1992). Two of his books were adapted for television. As nice as these books are, it is Reader's lively if somewhat slapdash strips which will be remembered by comic fans of the Forties. 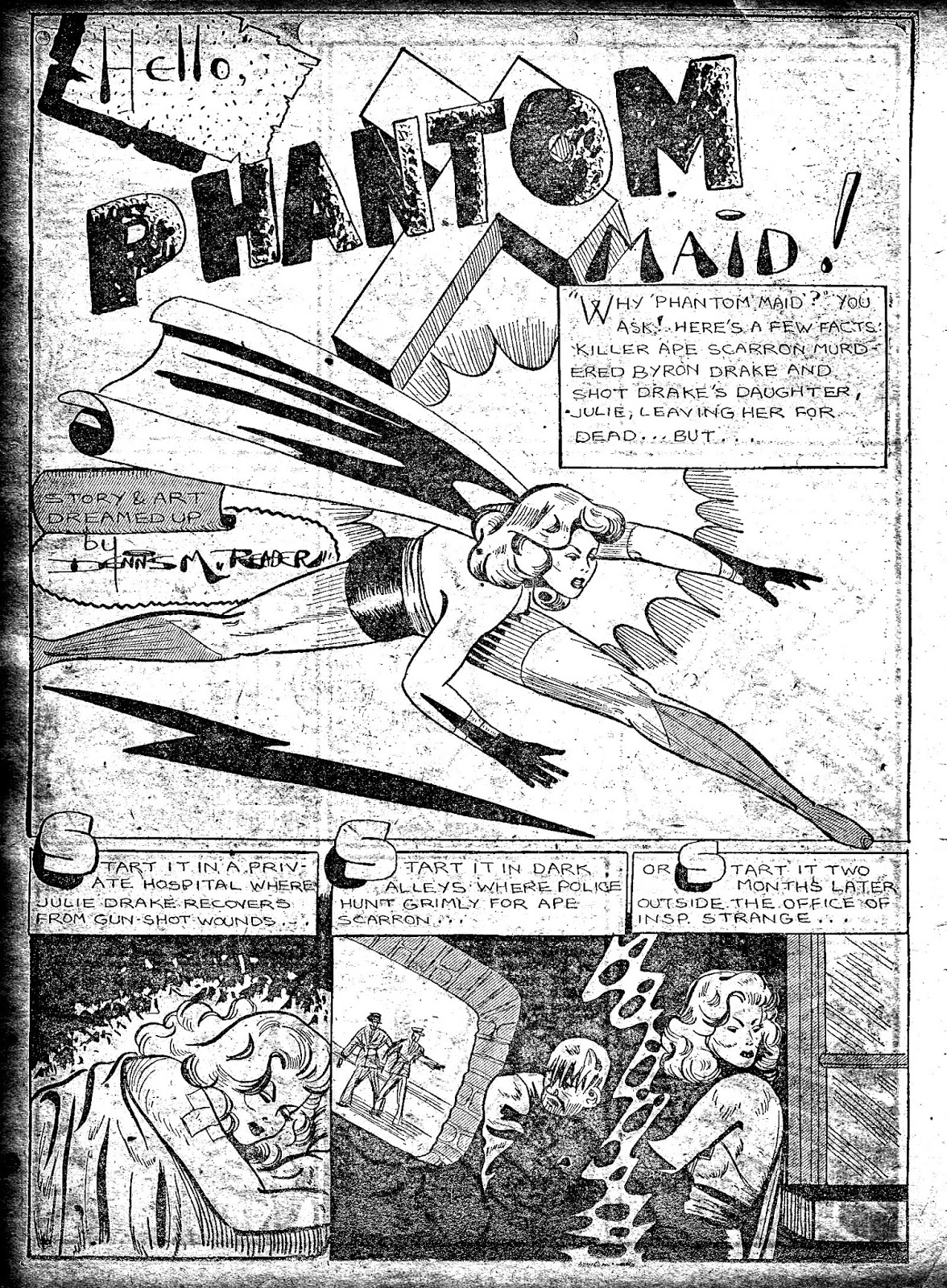 Posted by Terry Hooper-Scharf at 12:13