On Fandom And Little Cliques..and sharing! 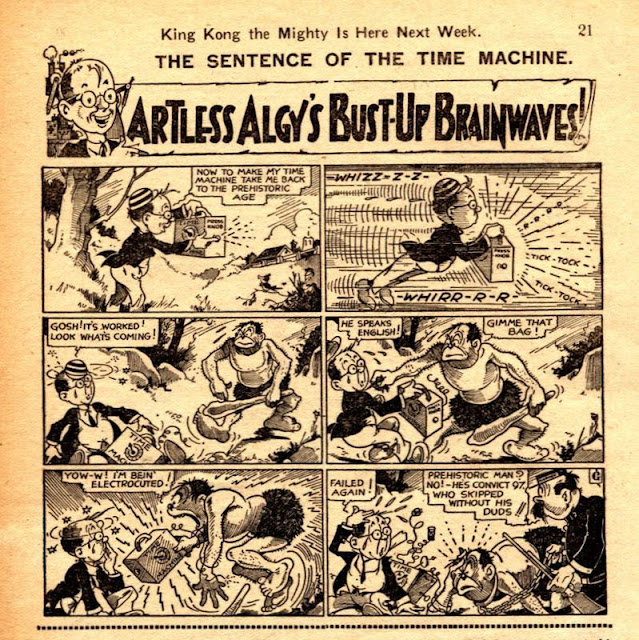 I have said before that I put a lot of work, time and effort and money into collecting British Platinum (1796-1938) and Golden (1939-1949) Ages comics and story papers. Not just because I like them and love discovering new things and identifying creators where ever possible, but because I want to share.

I know that it is a very -very- small group in the UK but why shouldn't they get a chance to see the comics I have discovered?  Most of those I know who are interested cannot find or afford the price of the comics  and even when fairly priced it is finding the comics.  So I do the work and publish the collected Gold books or the complete collection which works out cheaper.

I will never ever make my money back!  But I never thought that I would. Unlike in, say, the United States where, were even a 350+pp b&w collection of US Golden Age available then it would sell to real fans or collectors, in the UK...obviously not. I won't even go into why as I have done so before and the lack of interest was overwhelming.

But the books are there for anyone really interested in UK comics of those periods.  There was the British Golden Age and UK Golden Age Heroes & Comics blogs.  The first has had 23, 834 views since it was set up in 2011. The second has had 6, 112 views since set up in 2013.

the Yahoo! British Comic Books Archives group was set up on 31st January, 2007 and has thousands of images over several album pages and a lot of interesting posts.  It has 55 members -and the majority are not even in the UK.

Sales of the Collected book, and I need to point out that not one of the slimmer volumes has ever sold...3 copies.  Once you take into account what I finally receive financially, those three sales do not even pay for one of the comics I purchased to go in it.

Now, in the old fanzine days it was common to find fans sharing photocopies of old comics (none of us had scanners or internet until the 1990s!) or swapping information. Initially, fans started to do the same thing over the internet but that more or less stopped years ago now. There are books fans are looking for and we know other 'fans' have copies.  Will they scan and share? No.  Why? "Because no one else here has a copy so it's mine and I'm not sharing!"  And that was actually said on one of my Yahoo group members.  These people tend to like to steal the work I have done and add it to sites so they get credit but simply state "original scanner unknown"....I guess the scans just appeared miraculously on their computers then?

When I have used material in a book scanned and sent to me by someone I name them.  But I do not credit people using silly, anonymous internet names.  And I have made it clear that I cannot (there are very sounds legal reasons why no one ever should) credit "anonymous" or some internet name.  Why on earth are these people scared to take credit for their scan work?

That adds something else to the mix.  Groups where scanners of Silver Age UK comics go into all their scanning details (which is pointless) and call themselves "comic editors".  Weird.  They are scanners and not comic editors!

And...allowing 95% of members on their groups to be anonymous is fine.  After all, MI5 would love to track them down  -seriously, you are on a fecking comic 'fan' group so why do you need a different internet name on that and 4-5 other groups??  The world's security services are not after you for reading comics.  Unless it's so there is no come back on them when they take part in petty sniping at other members? It's why I left those groups. 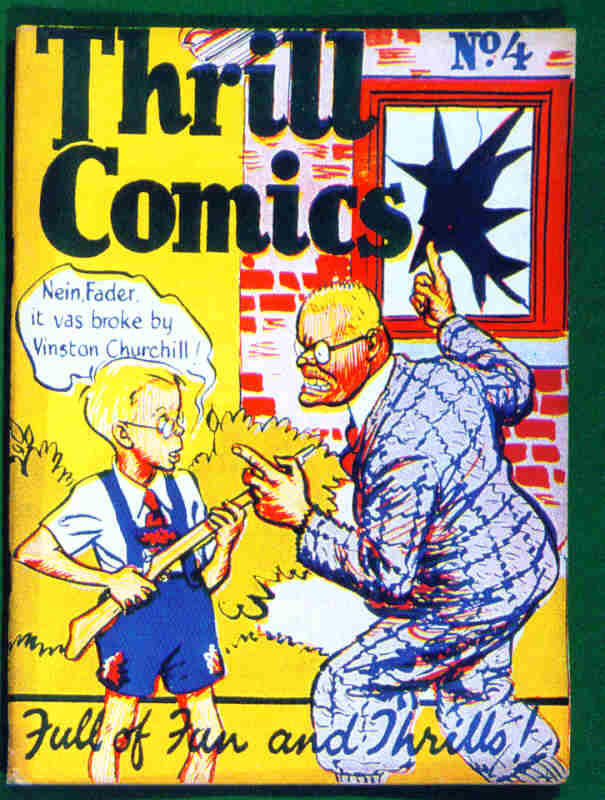 But, that anonymity....you offer scans over the internet on your groups but then get angry (and "angry" does not really cover it!) when someone has compiled all of those scans into a collection on CD to sell on Ebay.  Screeching -"Without given credit to me!" and "Profiting from group scans and contributing nothing back!" but this is the very funny part of it: they "all" want to know who this person is (I was actually accused once but that stopped as soon as I asked them to repeat the remark and get sued, stupid little infants) but how can you when you let all these people join anonymously? Any how could this person contribute back to the group?

Financially? Oh, well, how do they know this person has NOT contributed scans (I suspect he has and I think I know who he is and it is quite obvious unless you are a "comics editor" on a Yahoo group!)?  Who gets money?  And best of all is the idea that, somehow, their copyright and editing work has been infringed upon.  Firstly, a scanner has no copyright claim.  You offer a free scan on the internet it gets used....tell me about it...sob sob...just two of my Eros books have been illegally downloaded by the millions. I don't lose sleep over it or bleat on. 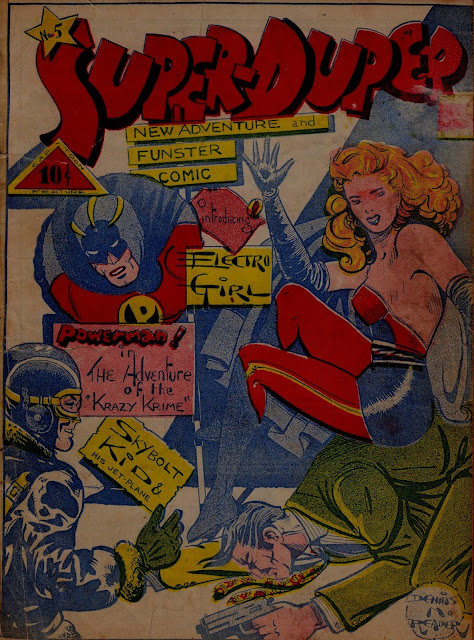 And don't get me started on the fella (in the US) who joined my Face Book Golden Age group to find out WHO from his group was a member and banned them and very rudely told me I was banned from his group, too!

This is not fandom. It's rather like, when you were a kid and played "conkers" and there was always some lad claiming he had a "Twentier" (smashed 20 other conkers in a game) but would never produce it or bring it to a game. Or a "Hundredsy" marble -same thing.  If they are true fans they share for the love of the comics medium.  My collection was always open to be read (and sadly I paid the price for that) by other fans.  share and you get to talk about the characters, comic or creator -it IS fun.

But I see it with comic people from Singapore, Hong Kong, Germany and even France: most have no knowledge of comics prior to the 1980s.  Almost as though comics appeared in the 1980s and there was nothing before.  Worse are the snooty comic 'experts' who say with 100% confidence "France has always had more eye brow comics -never super heroes!"  And I, CBO, have shown that this is just an ignorant statement based on no knowledge.  "Germany never had comics during World War 2 -the Nazis forbade them!"  Same thing.  Proven false.

We need a good fanzine in the UK -most countries do- and we also need to get real, genuine comic fans to chat.  I say that with a 100% failure rate at the Golden Age blogs and on CBO comments are rare enough.

It seems to be more about snooty cliques or little cliques following bully boys in the UK.  On my Yahoo! groups you can join and use a pseudonym on the group BUT I need to know who you really are because I learnt the lessons.

think about it -what has your experience as a comic fan been like and what do you miss or feel is needed?

Posted by Terry Hooper-Scharf at 09:59