Russell Bave, the son of Terry Bave has just sent this sad message.  My thoughts go out to Terry's wife, Sheila, and his family:

Hi, it is with a great sadness that I have to announce the passing of Terry Bave of 6th December 2018, after a short illness. He was one of the greats from the golden age of British comics. He was drawing right to the end, completing a wedding anniversary card for his wife in October. He will be sadly missed by his family and comic fans. All the best, Russell Bave. 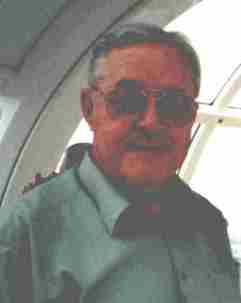 Above: cropped copy of a photo Terry sent me of himself on the London Eye in the early 2000s (used in Comic Bits No. 1)

Terence H. Bave was born in Bristol in 1931. He left school at the age of fourteen and joined the Post Office Savings Bank as a clerical assistant, while studying one day a week at a continuation school. At the school he met Shiela Newton, who he would later marry in 1952. He joined the Civil Service as a trainee cartographer, and sold his first cartoon to the Colonial Survey Department's in-house magazine. After two years' National Service he returned to the department in 1951, but stepped up his freelance cartooning in a variety of magazines. In the late 50s he left the civil service for a commercial cartography company, then joined a packaging firm as a designer.

In 1967 he submitted his first comics work to Odhams Press' Wham!, and was given the strip "Sammy Shrink" to draw. He later created "Baby Whamster" and "Baby Smasher", and ghosted "The Dolls of St. Dominics" and "Grimly Feendish" for Leo Baxendale. When Odhams merged into IPC, Bave began to work for their humour titles, including Whizzer and Chips ("My and My Shadow", 1969; "Odd-Ball", 1973), Cor!! ("Donovan's Dad", 1970; "The Slimms"), Shiver and Shake ("Webster", "The Desert Fox"), Whoopee! ("Toy Boy", 1974; "Calculator Kid"; "Blabbermouth"; "Willy Worry"), Monster Fun ("Draculass", 1975), Wow! ("Barney's Badges"), Jackpot ("Richie Wraggs", "Full O'Beans"), Krazy ("Scaredy Cat", 1976) and Buster ("Pete's Pop-Up Book", 1984; "Good Guy", 1986), many of the scripts being written by his wife Shiela.
In the 90s he drew for DC Thomson's humour titles, including "Ratz" in The Beano.
On 11 January 2013 he published his autobiography, Cartoons and Comic Strips: Working at the heart of English cartooning Terry had a long, successful career as an artist working on children's comics, such as Whizzer and Chips, Cor!!, Buster, Whoopee, Dandy and Beano. From the heyday of the sixties and seventies, Terry saw the rise, and eventual decline, of creative cartooning for children's comics. His story is not just a tale of one artist, working in creative partnership with his wife Shiela, but the story of comics themselves. 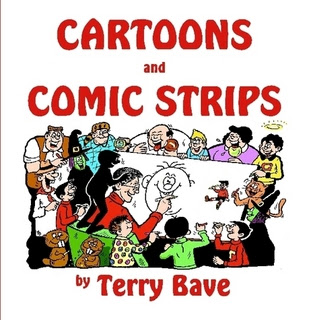