Obscure British Heroes and Crime-Fighters and Finding Them 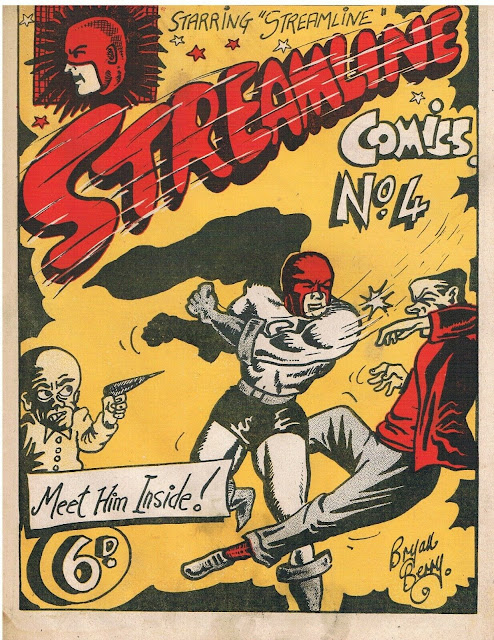 I have to say that I have never heard of the book The British Superhero By Christopher Murray. Pity really as a friend just sent me a screen shot of a paragraph from the book:

Now I'll thank Christopher for the mention and it repeats something I have heard over and over again -Yahoo groups, old Google Plus and so on: even comic enthusiasts are often taken aback by some of my finds.  Comic strips in boys' papers when the 'experts' claim these never existed (my thanks to Bob for that discovery -I only published and added to it); masked and costumed and even super powered characters -ahem- 'before' super heroes were created in the United States and going back to the mid 1800s and possibly earlier.  We never called them "super heroes" but "masked/costumed crime fighters" or even what we would later term anti-heroes. 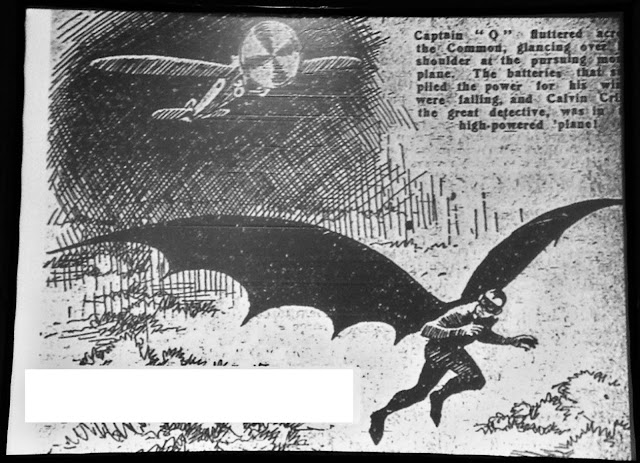 Men dressed in theatrical costumes. Men spitting fire, taking huge leaps, deflecting gun-fire, wearing devil masks, domino masks, hoods or even real horns.  Or characters like The Iron Man dating back to the turn of the 20th century. My greatest discovery -please, as a Nation ensure that this is engraved upon my monument- that there were so many flying, gliding bat-winged costumed villains, heroes, anti-heroes in British pulps, boys papers and comics between the late 1800s to early 1940s that Bob Kane would faint -yes, the UK had Bat-men long before the United States had a Bat-Man!  I am not showing off my incredible talents here but...I found another one last week!! 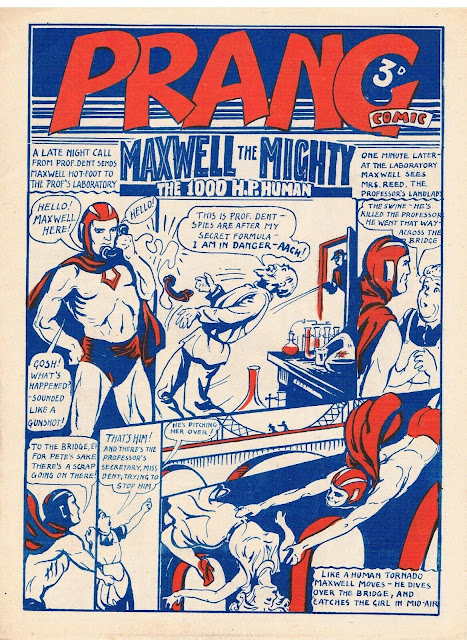 Oh, despite all the problems there is one thing that I cannot be shaken from -a love of comics as well as weird and bizarre characters (I first started research Spring-Heeled Jack -all of them- in 1980).  I refer to a certain character and someone invariably asks "Who??" because I get too engrossed in the work and assume that everyone with an interest in the subject knows everything I do.

Before my old PC and all of its programs went I began work on compiling all of the characters into a Who's Who.  Those bloody bat-men took some work!

Think of Slicksure the detective come spy and super spy tackling not just clever villains but a mole machine, werewolf and, uh, flying bat-man, Yet Harry Banger (pron. as in "Ranger") renowned for his humour strips pulled it all off.  Glenn Protheroe was known for his "Brain's Trust" strip and the "puppet-like characters" yet he drew a few action strips in a serious style.  Believe me when I say that when I find an obscure character -very old or from pre-1990- that I have never seen or heard mention of before I smile widely. I've been told I do by someone who saw my face light up when I did.

It is nice to get credit occasionally and I would like to thank those who have either corrected the source of some scans to me and have appreciated the (fun) hard work that goes into this.

ps -I also have an online store and books
Posted by Terry Hooper-Scharf at 08:02