British cartoonist, writer, illustrator and game creator Ernest, or "Ern", Shaw was born in Hull. He studied art by copying the comics of Tom Browne and taking a correspondence course with Percy V. Bradshaw's Press Art School. He sold his first cartoon to Puck in 1910. After this, he did freelance work for his local weekly newspaper, The Hull & Yorkshire Times. He joined the staff as a general artist, drew sports cartoons and made caricatures of celebrities. He also worked as a sports and political cartoonist at the Hull Daily Mail. 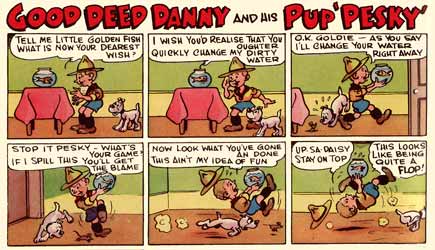 Shaw volunteered for war service in the Royal Army Medical Corps in 1914, and drew cartoons for the service magazine, The Ration. His sketches of details of operations on wounded soldiers as performed by surgeon Major J. L. Joyce were printed in The Lancet. After demobilization, Shaw went to London and started as a sports cartoonist for All Sports (1919).

Shaw was very attracted by the American newspaper strips 'Mutt and Jeff' (by Bud Fisher) and 'Bringing Up Father' (by George McManus), so he decided to develop himself in this genre. He began with 'Clarence' and 'Cyril the Sporty Scout' in Sports Fun in 1922, and 'First Aid Freddie'. 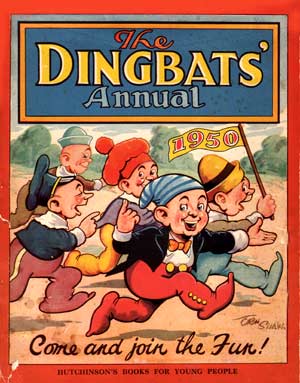 His big break came when he took over a full-page weekly composite cartoon, 'The Gay Goblins' for Family Journal, upon the sudden death of its creator, Lewis Higgins. He continued the comic from 1926 until the last issue. Shaw drew a strip which ran even longer than 'The Gay Goblins': 'Mr. and Mrs. Dillwater'. This weekly comic appeared in Answers magazine from 1923 to 1948. 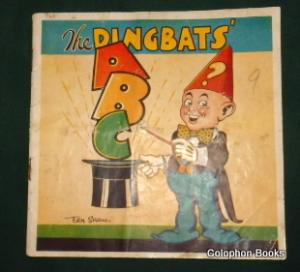 Other strips by Shaw were 'Hector' in Wireless (192?), 'Sandy' in People's Journal (193?) and 'Dr. Gnome of Gnomansland', which ran for 21 years in Woman's Illustrated. Since the 1940s, Shaw concentrated on the youth market and created 'The Dingbats', whose exploits appeared in titles and annuals like Candy, Lollipops, Look & Learn, Rocket, Silver Star Fun Comic and Ton's of Fun. In 1981, he received the Ally Sloper Award from the Association of British Comic Enthusiasts for his career of more than 70 years.

Posted by Terry Hooper-Scharf at 15:55