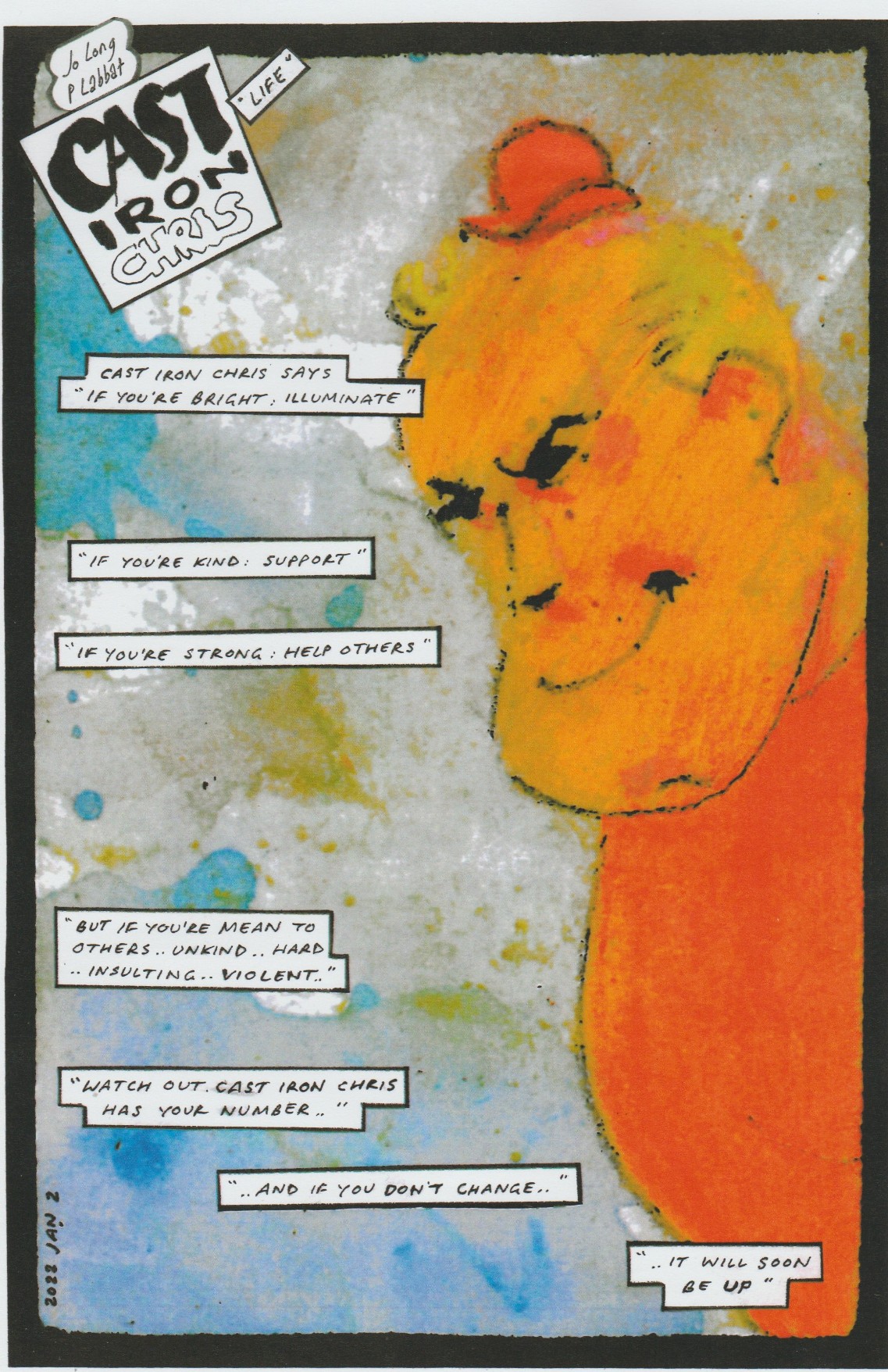 This character like many others that appeared in Swan comics never had any sort of origin tale (that I know of).  The Iron Boy is weird enough, but more about him another time.
These were just strips drawn to fill pages for a few shillings by creators who didn’t have the luxury of expanding beyond one page with sometimes nine panels.
To all intents and purposes, Cast Iron Chris is a British superman but without a costume and more in the mold of other characters such as Desperate Dan –one wonders whether that might have been the intention?  John “Jock” McCail seemed to be a mainstay of Gerald Swan’s line of Swan Comics (Ah Wong, Dene Vernon, etc.) and drew some Cast Iron Chris strips. We have no idea whether Chris was a creation of his or not.
This was all “throw-away” entertainment after all and few creators chose to sign their work from choice.  We do know that in Slick Fun No. 22 (1945), McCail depicts Chris getting into a battleships 20 inch guns and falls asleep –he is fired into a German naval vessels and his impact sinks it.
That’s pretty good invulnerability.
But there is more.  In Black Tower Gold (volume 4) I reprinted another Cast Iron Chris strip from the Slick Fun Album, 1950).
In the opening panel Chris is having a letter “C” tattooed onto his chest…using a pneumatic drill as opposed to a tattooist needle!  He then loses a book down an open manhole cover where there is a gas leak –striking a match to find the book in the dark, Chris is blown hundreds of feet into the air.  He goes through the cockpit floor of an aircraft and jumps back down to earth carrying the pilot.
Now, if that ain’t super human then I have no idea what is! 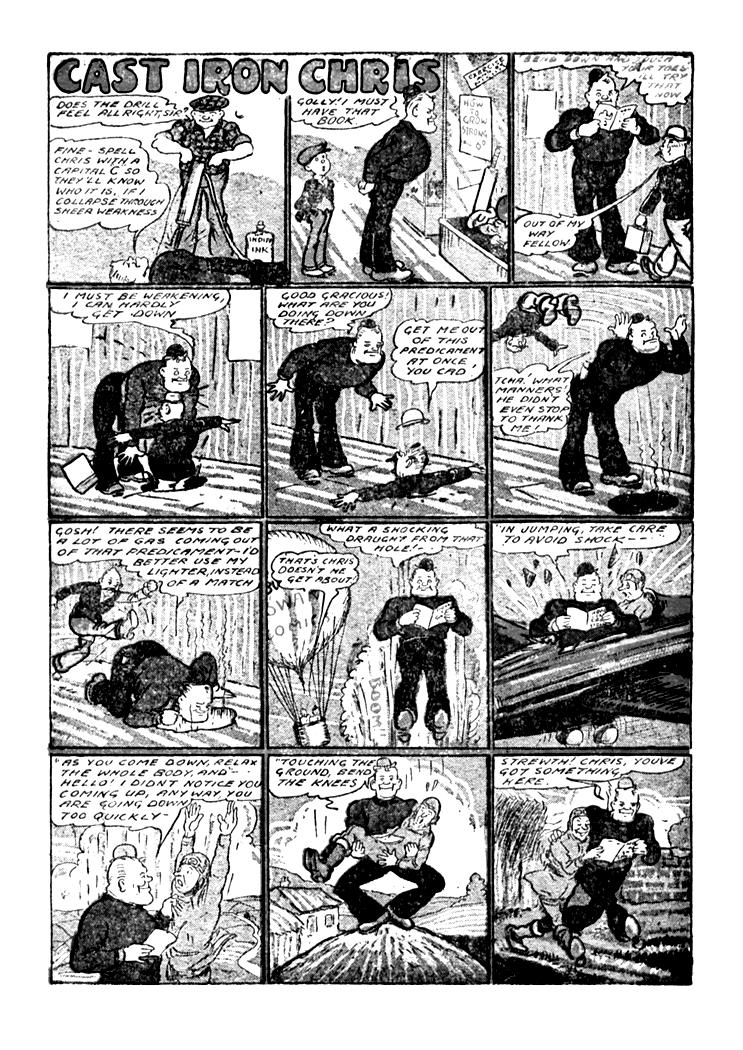 There is no doubt that this is John McCail's style as seen in TNT Tom and many other strips. Back in 2010 I thought the work was by someone else but why I thought that I have no idea 12 years on! 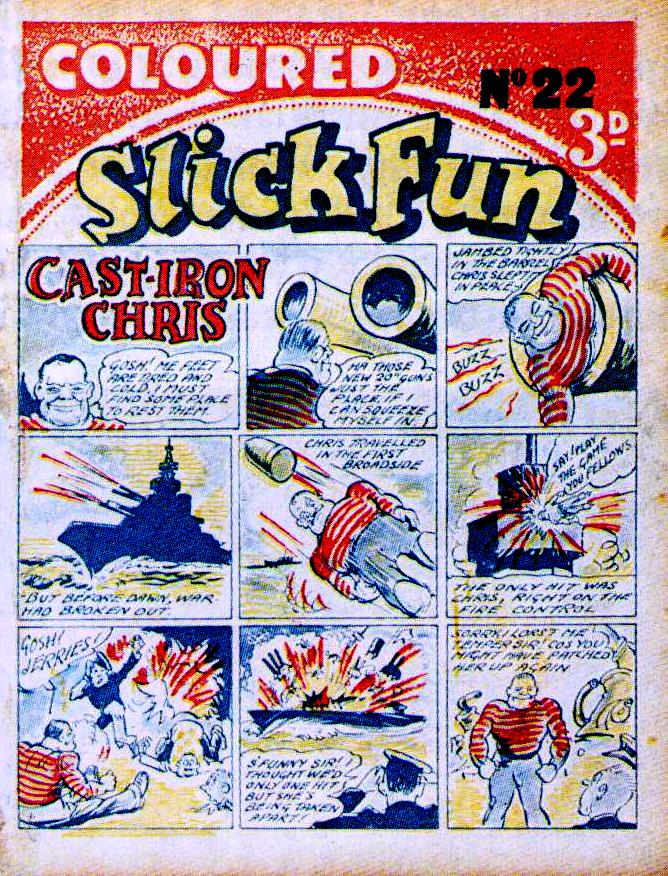 One can use one’s imagination to work out an “origin” but, honestly, the reader being a youngster, was supposed to just accept it all –a suspension of disbelief as it were. And that’s how it was supposed to be.
I have used Cast Iron Chris over the years and more recently a cameo in Parallel Motions (not yet published due to lack of art scanning equipment -ie an A3 scanner).
But, once again, Ben Dilworth stepped in with some, as usual, unplanned Jo Long and D. H. Wilberton strips. Some I did not feel worked with Chris but as you will see others work well -and no "re-boot"!
As for an origin well, I have one in mind and it will involve none other than--- oh. Wait. That would be a spoiler. Guess you'll have to wait and see then! 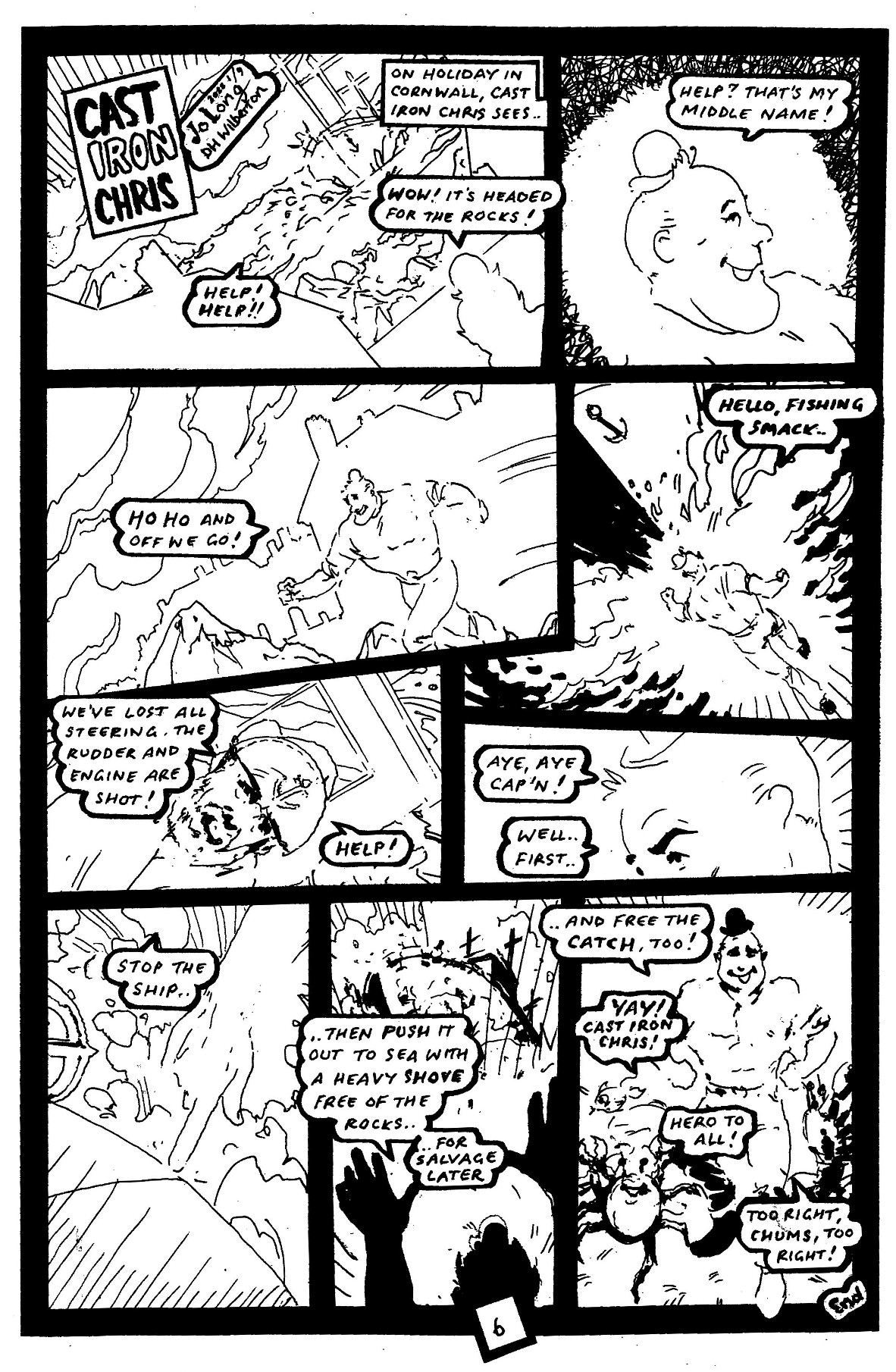