Each 80pp issue contains lots of art as well as a few rare to very rare photographs (something Black Tower has specialised in). That's 80pp for the (UK) price of £8.00 which is the bare minimum price it could be offered at to encourage those with an interest in the subject to purchase.

£6.00 for a couple of months work with articles and information it might take you a year or so to find for yourself is not bad.

If interest picks up in the future the title can be bought back to life but until then only the first two issues will remain available. 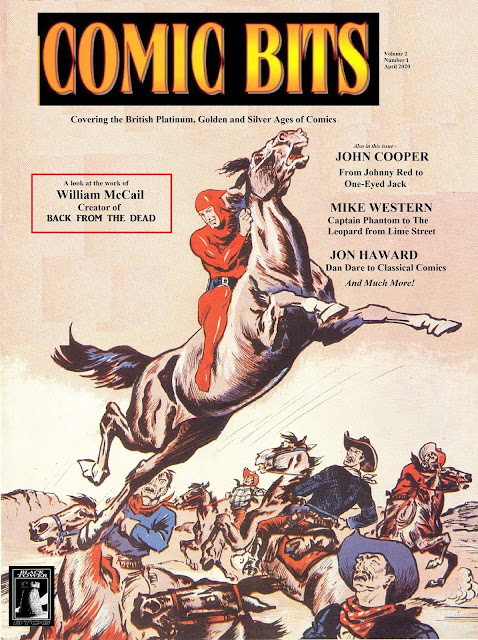 A4B&W80ppText, comic strips and some rare photographs!£8.00https://www.lulu.com/en/en/shop/terry-hooper/comic-bits-no-1/paperback/product-kjgvzy.html?page=1&pageSize=4The return of THE British Golden Age of Comics magazine!
Interviews with Mike Western, John Cooper and Jon Haward plus a look at Ally Sloper on film, Defining the Ages of British Comics, William McCail plus a lot of art and stripwork. At this price -cheap! 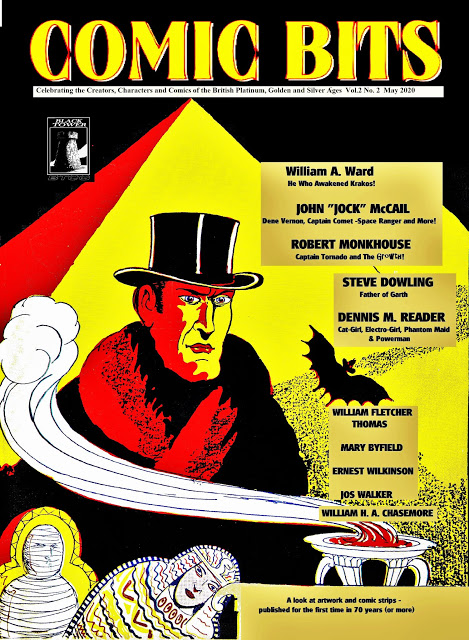 Ed T Hooper-ScharfA4B&W80 pp£8.00https://www.lulu.com/en/en/shop/terry-hooper/comic-bits-no-2/paperback/product-2ed6pe.html?page=1&pageSize=4The second issue of the magazine celebrating creators, titles and characters of the British Platinum, Golden and Silver Ages of comics.
In this issue William A. Ward finally gets some long deserved recognition for his contribution to comics John McCail gets "bigged up" something rotten!
We look at comedian and actor Bob Monkhouse's comic creation career
Steve Dowling -Father of the Garth newspaper strip speaks to Denis Gifford (the ONLY interview he ever gave)
There is a look at Dennis M. Reader and his comics work that spawned some of the UKs first super heroes.
also a look at William Fletcher Thomas, Ernest Wilkinson, Jos Walker, Mary Byfield and William H A Chasemore... oh, and LOTS of lovely art and stripwork!

Posted by Terry Hooper-Scharf at 17:11