Masterman Comic was published by Streamline Comics between 1952-1953 with a total of 10 issues. Streamline Comics was based in Manchester and over the years I have corrected several people claiming that it was Gifford's company or it was run by Gifford and Bob Monkhouse.  They did, as cartoonists and before Monkhouse got into radio and film, have a studio together.

Gifford was called up for national service in the Royal Air Force so even if he had the money running a business while a serviceman was not allowed.

Joe Colquhoun drew the strip while working for the King-Ganteaume Productions, set up by two  ex-GIs after World War Two.

These scans have been used by a number of other people stating "original scanner unknown". The strip reprinted in Black Tower Gold vol. 1 is of a far higher resolution. 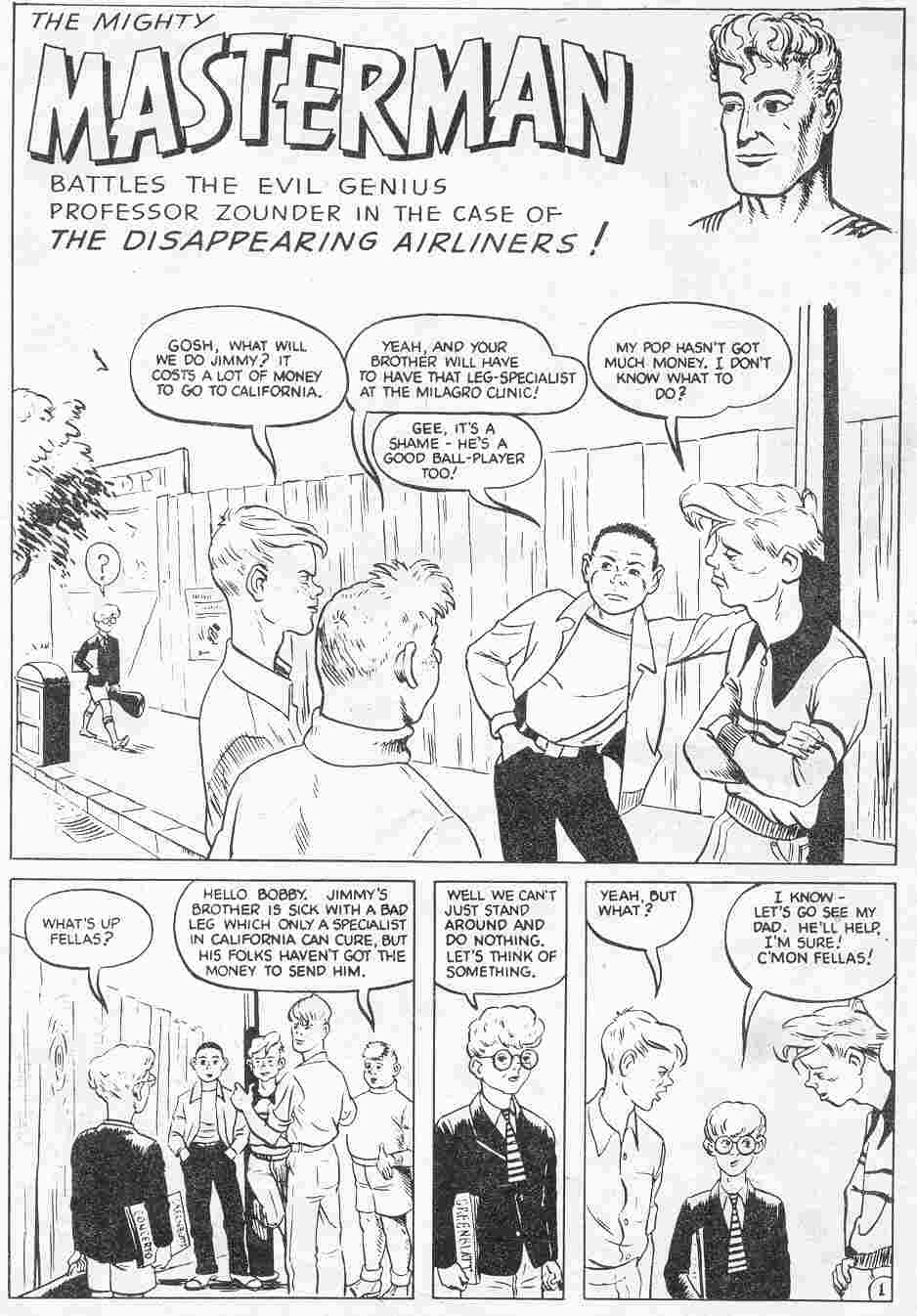 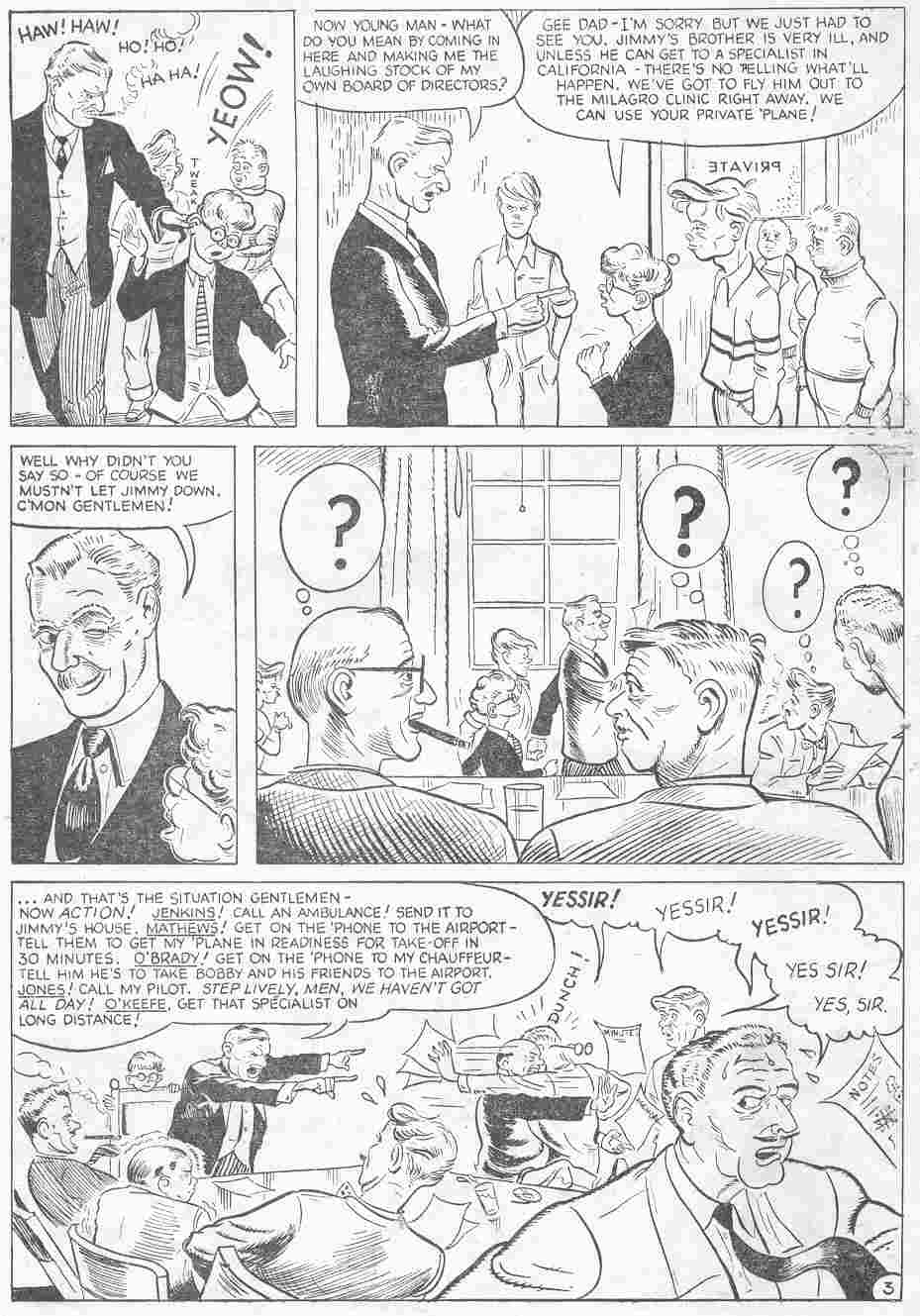 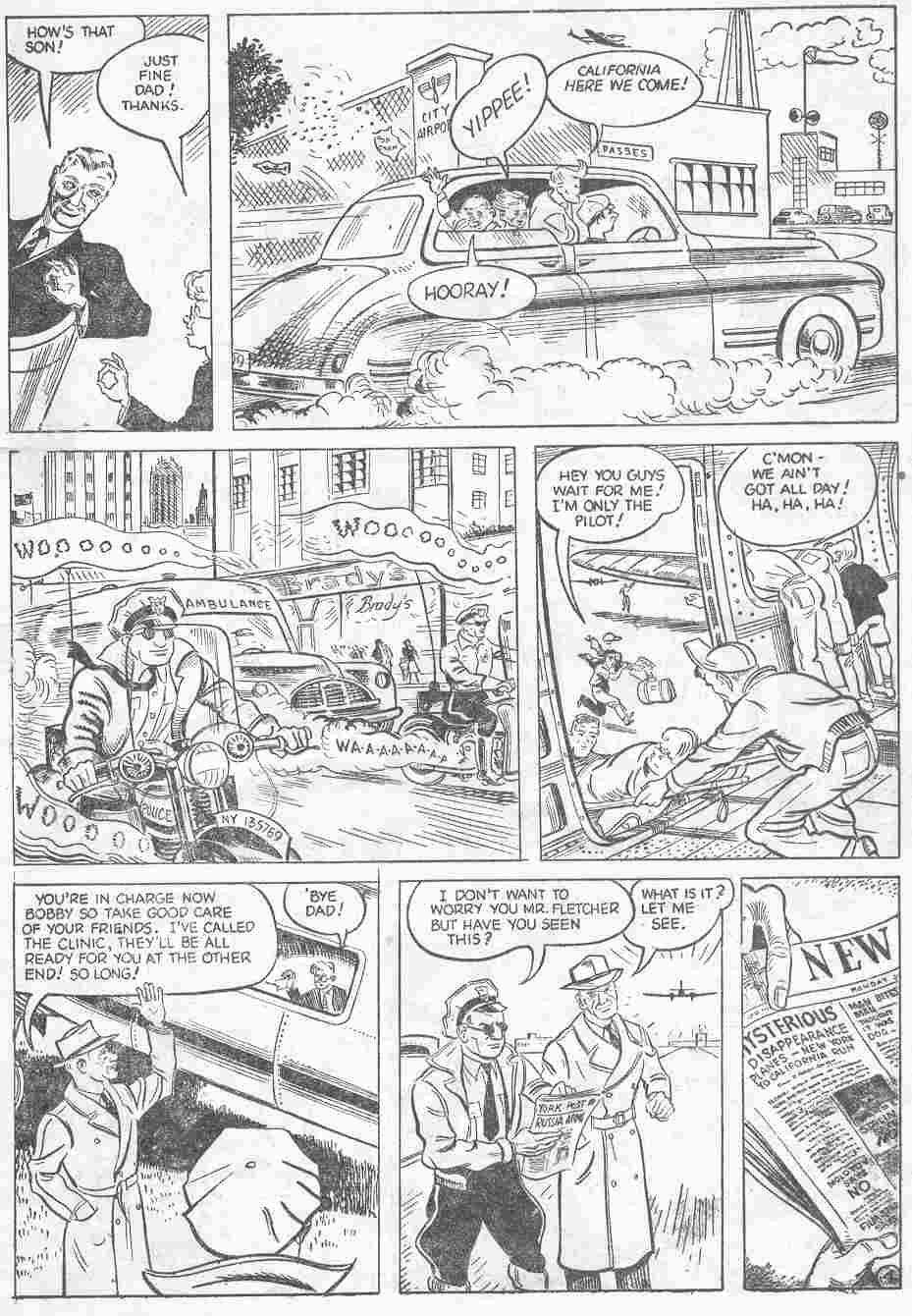 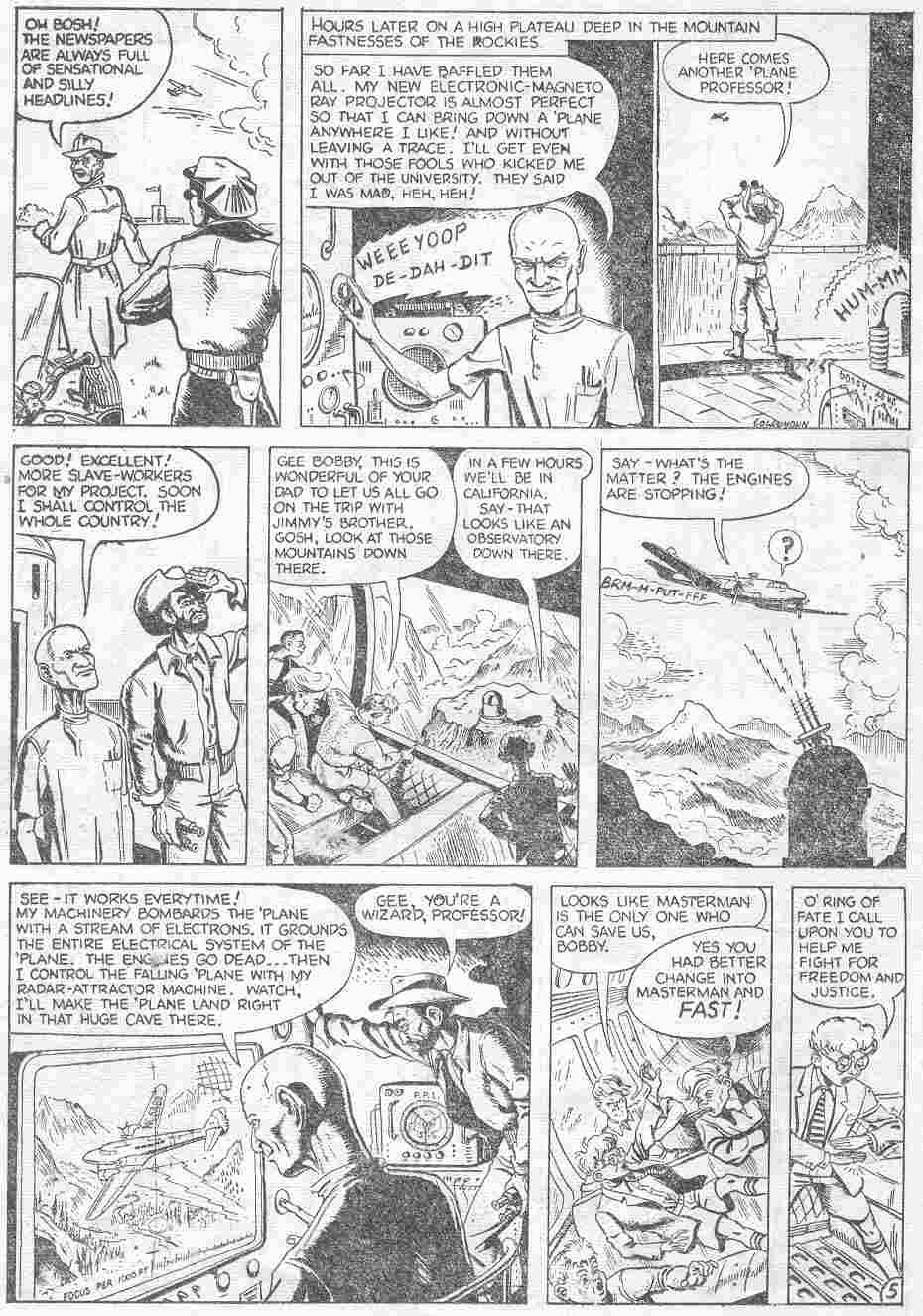 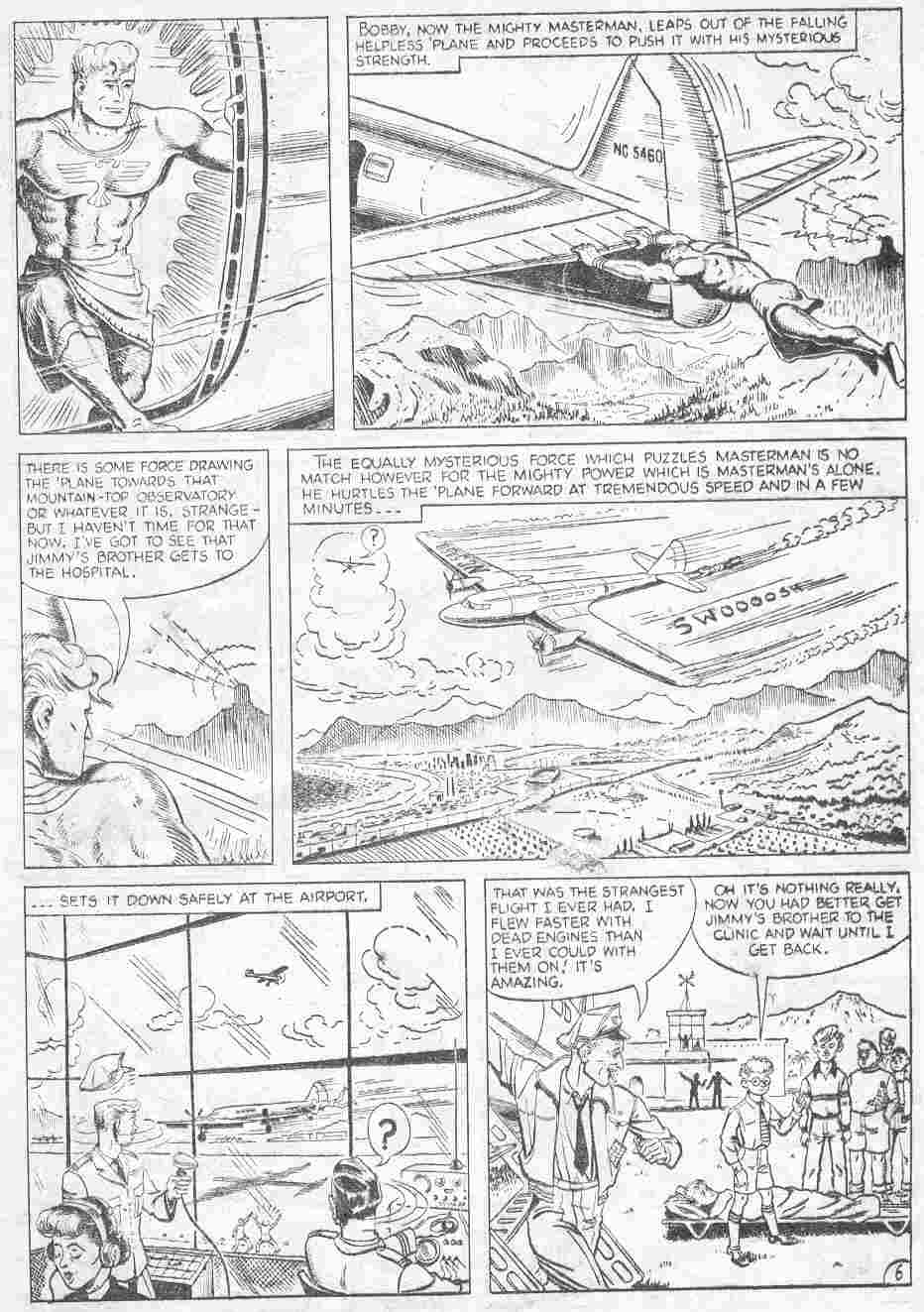 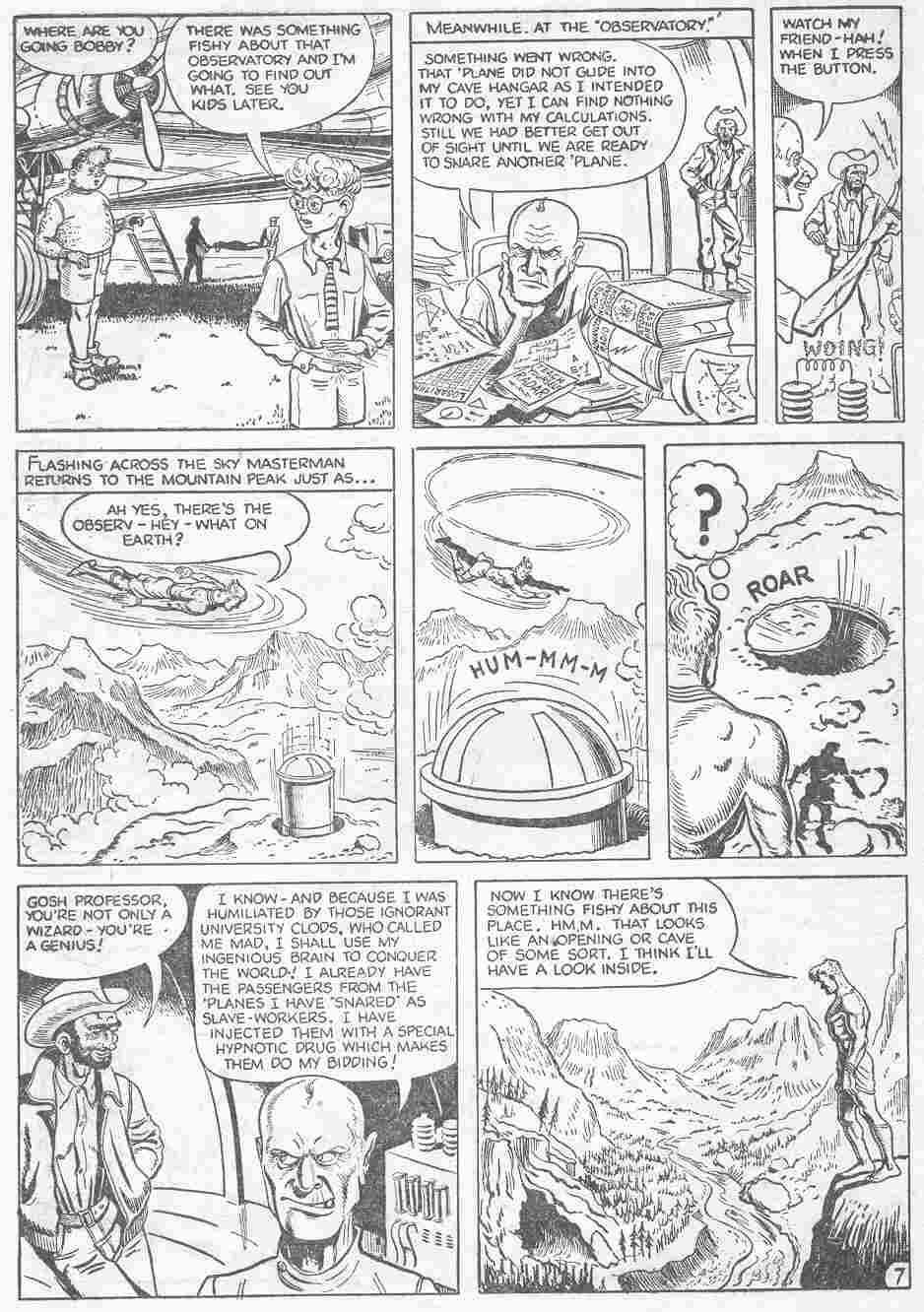 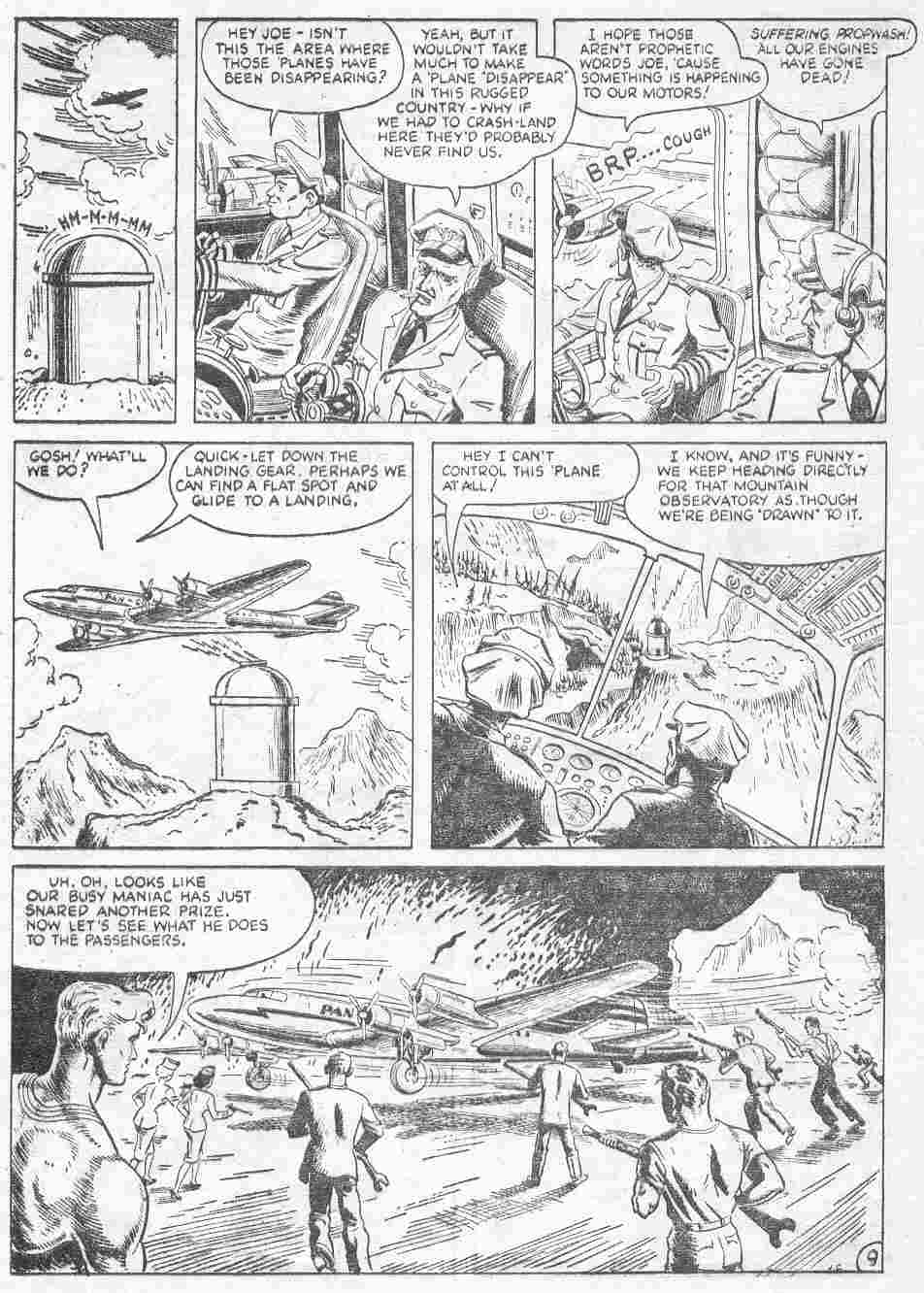 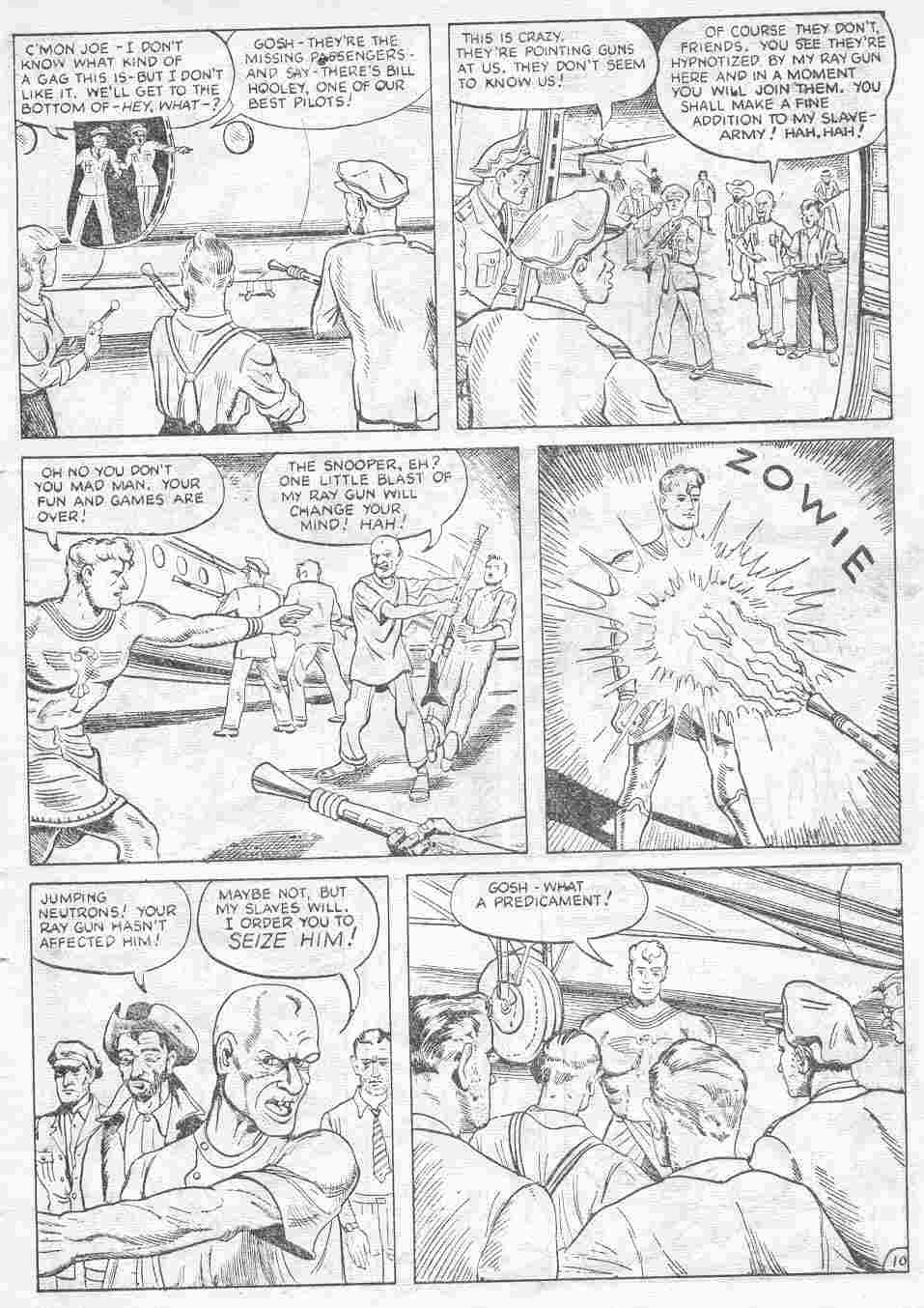 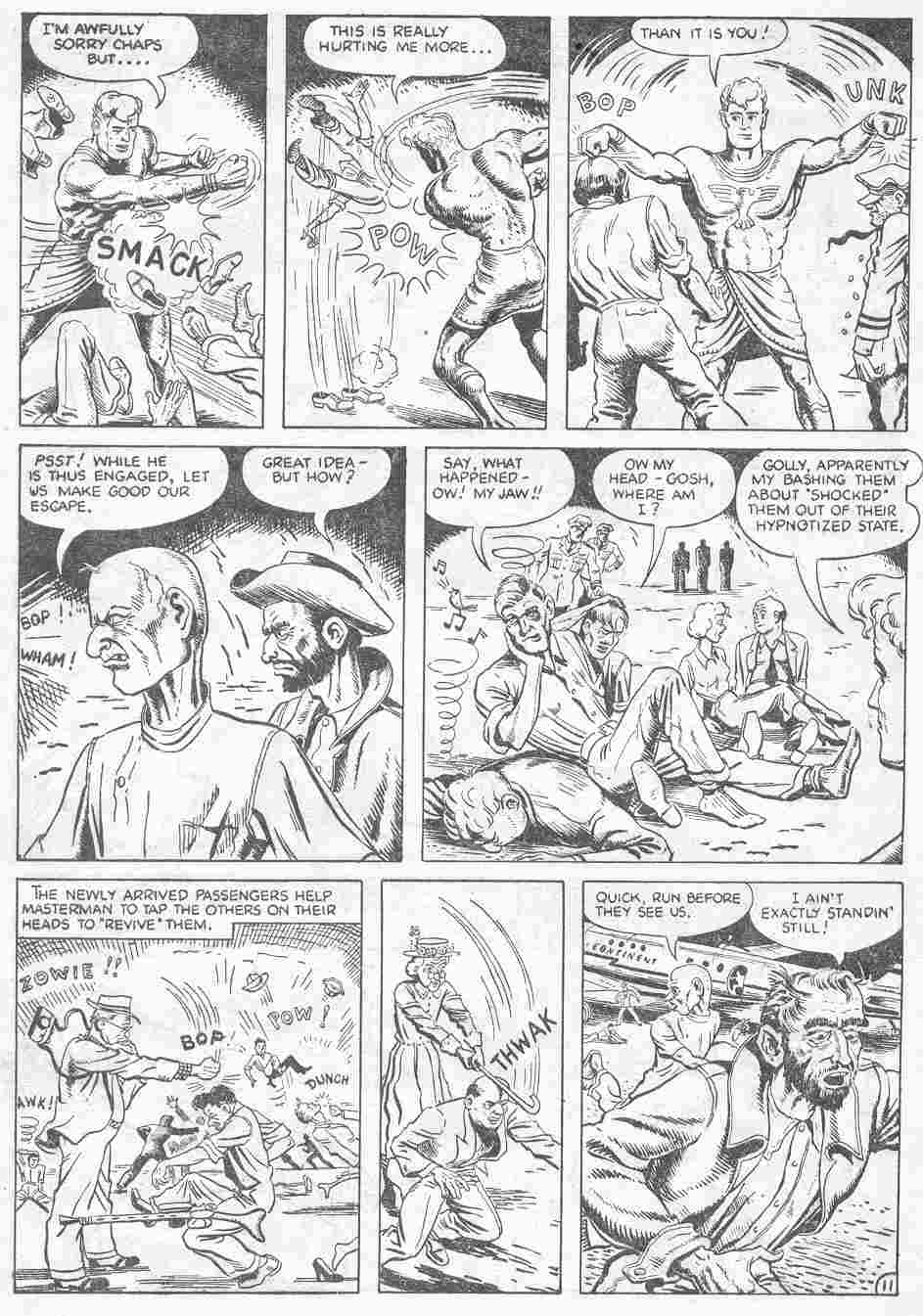 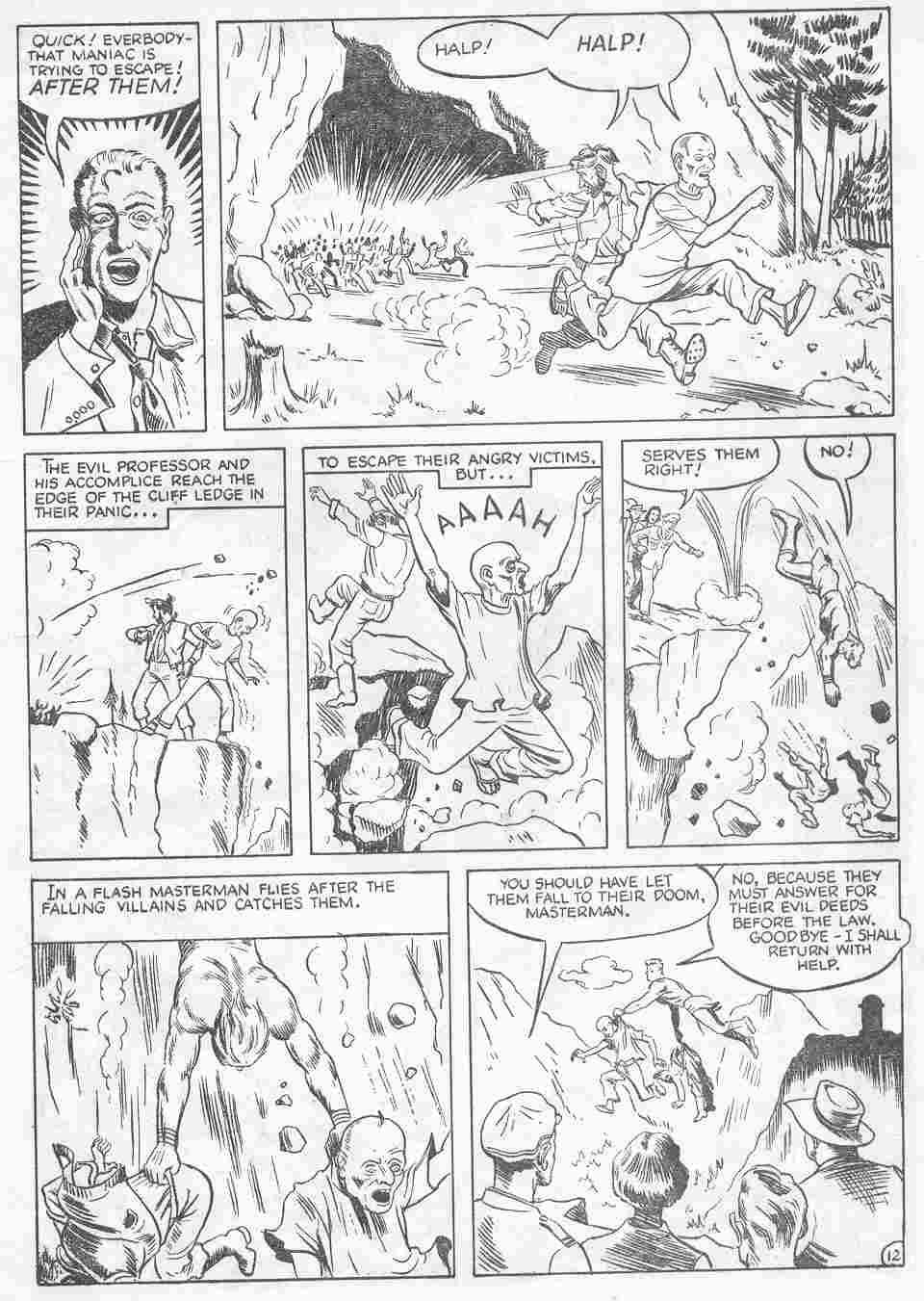 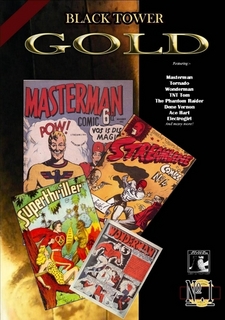