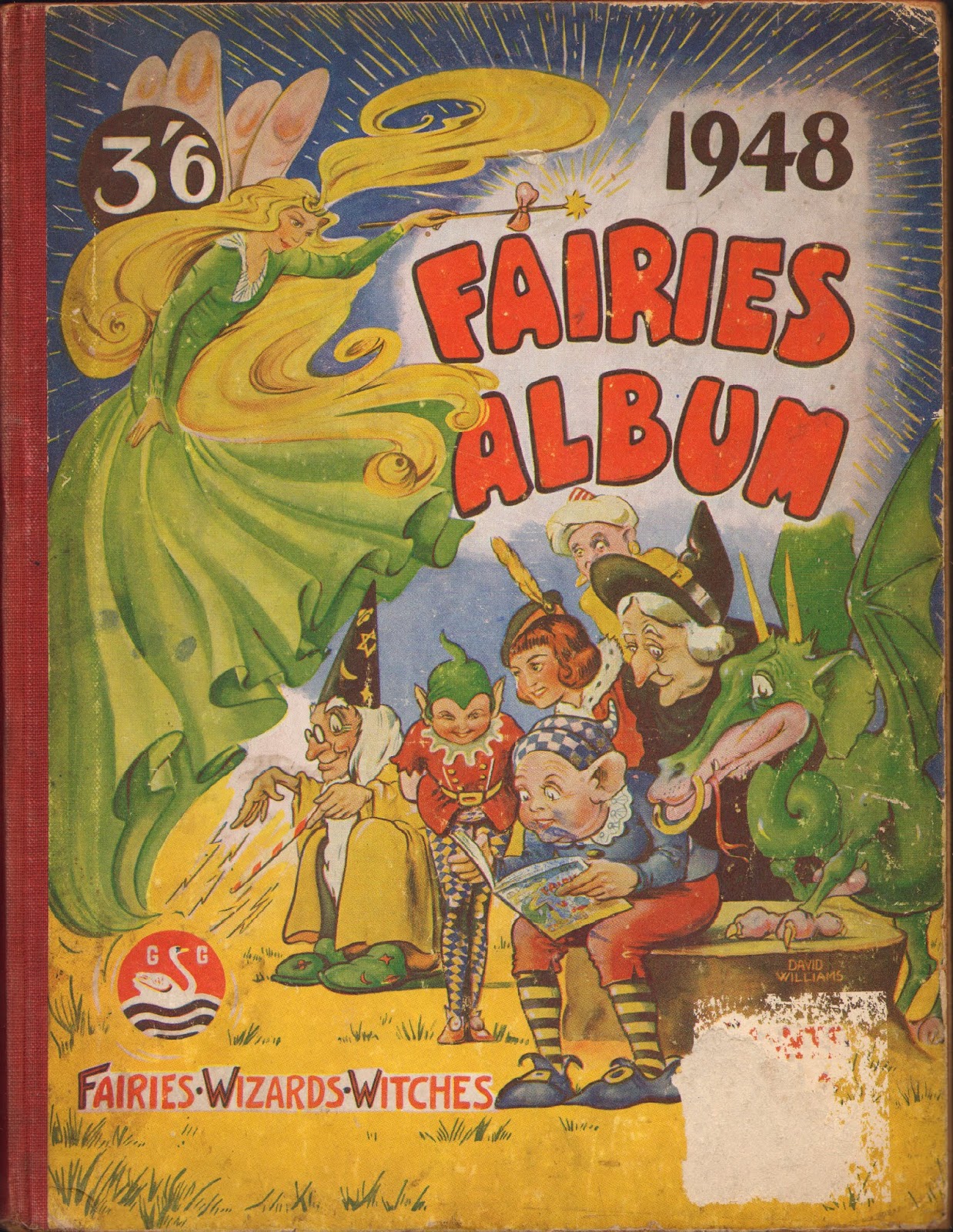 I got this album for the ridiculous price of £5.50 including postage. The idiot dealer did not state that he had tried to remove a sticker he had placed on the cover -causing the damage you can see (sticker was fast in one corner so I had to remove it to prevent further damage). Also, he shoved it unprotected into a brown envelope to I received it through the letter box with -incredibly, only the envelope damaged.
There are some lovely illustrations here and in these you can see a tiny "WD" and I was unfamiliar with this artist as few signed their work. I puzzled over who it could be then flipped back to the contents page -"Illustrations by D. Williams". D'uh!

Note: these are historical art pages. 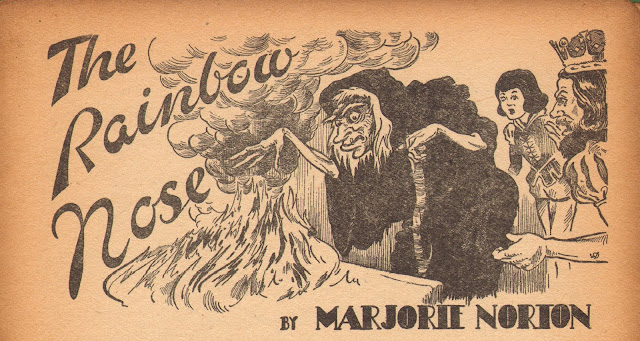 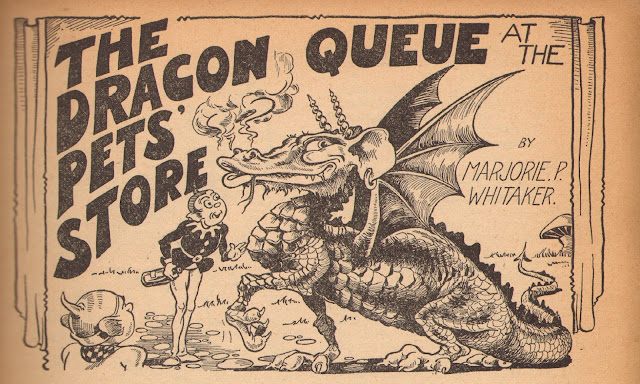 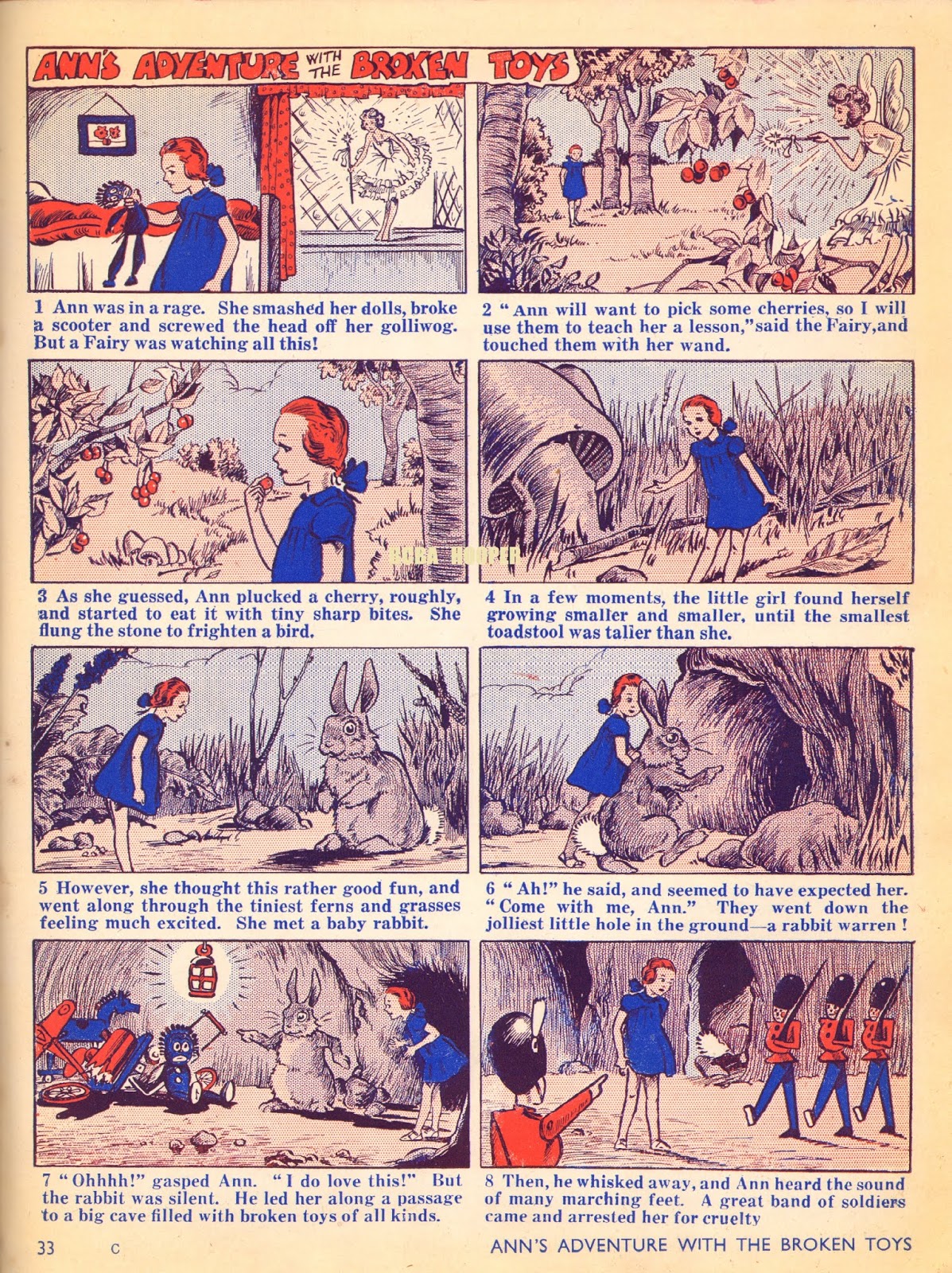 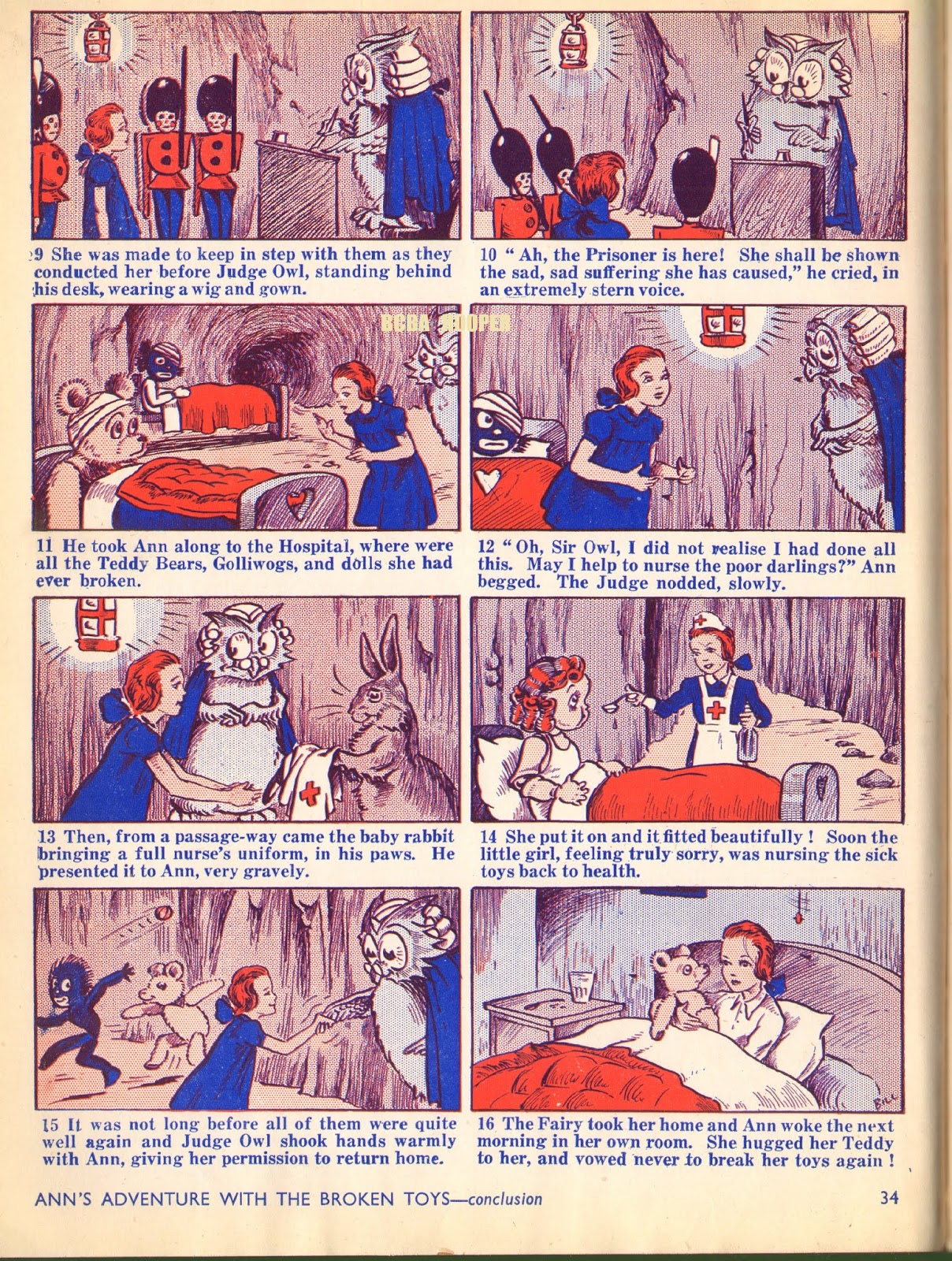 Williams did a fair amount of post-WW 2 work for smaller UK publishers particularly for J. B. Allen. Obviously he also did a lot for Gerald Swan. That is all we know about the man -another Forgotten One. 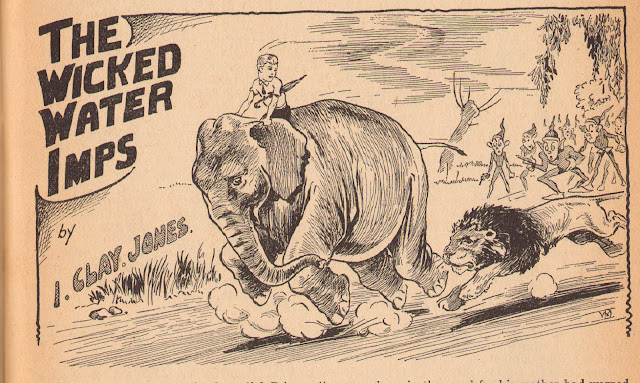 When it came to the strip-work I thought this might be another artist -the work is signed "Bill" after all. I had thought William A. Ward but I've not seen Swan work signed by him. And one would assume he would sign "Ward" so is this Williams shortening his surname to Bill -the faces, hands etc all look the same as the illustrations so I would say yes. If anyone thinks different let me know as two brains are better than one!

addenda
Having looked at the colour art again, yes, it is Williams' work. "Bill" just threw me
Posted by Terry Hooper-Scharf at 15:31