Another of those Golden Age British nightmare pages to share.

Firstly, thanks to smoky1980 for scanning/forwarding this and its from a batch of loose pages marked "Swan 1948/49".

Even had this not been signed the art style is a dead give-away.  This is the work of Glyn Protheroe who was born in Swansea, Wales, on the 3rd July, 1906.  Sadly, I can find no record of when he died. After leaving school, Protheroe went on to study art under Walter Fuller.

In the 1920s he moved to London and became a professional cartoonist and press artist.  At that time he had a studio in  Shaftesbury Avenue but also worked from Southampton Row. His work appeared in Sports Post, The Journal, Sporting News and The Leader -all well known national publications.

His comics work took off in the 1940s when Soloway, Amex and Gerald Swan used his work.  His first work for Swan appeared in 1942 and titles he contributed to included War Comics, Cute Fun, Topicaol Funnies, Slick Fun, Thrill Comics and New Funnies.  Work was also contributed to a number of albums from Swan -Albums were collections of reprint strips with more pages than weekly comics -more like the yearly annuals but soft covered not hard cover.

For Soloway, starting in 1943, he contributed to Comic Capers, All Star and Comic Adventures.

For Amex, Protheroe contributed to Merry Midget, Midget Comics, Bantam Comics these were all from 1943.

The sets (strips) that Protheroe provided were usually a collection of jokes strung together in a "talking heads" format.  According to Alan Clark, from whom most of the data is culled: "His style was instantly recognisable; his characters looked like clowns...a distinctive 'morose' quality."

And the artist signed himself as either "Glynne" or "Protheroes".

The below Professor Crackpot strip is a typical nightmare and the orange ink might have looked bright and fun to war time kids but....oy.

I had to remove the colour and alter brightness and contrast four times to make it a mere black and white page. So, here is your example of Glyn Protheroe at work! 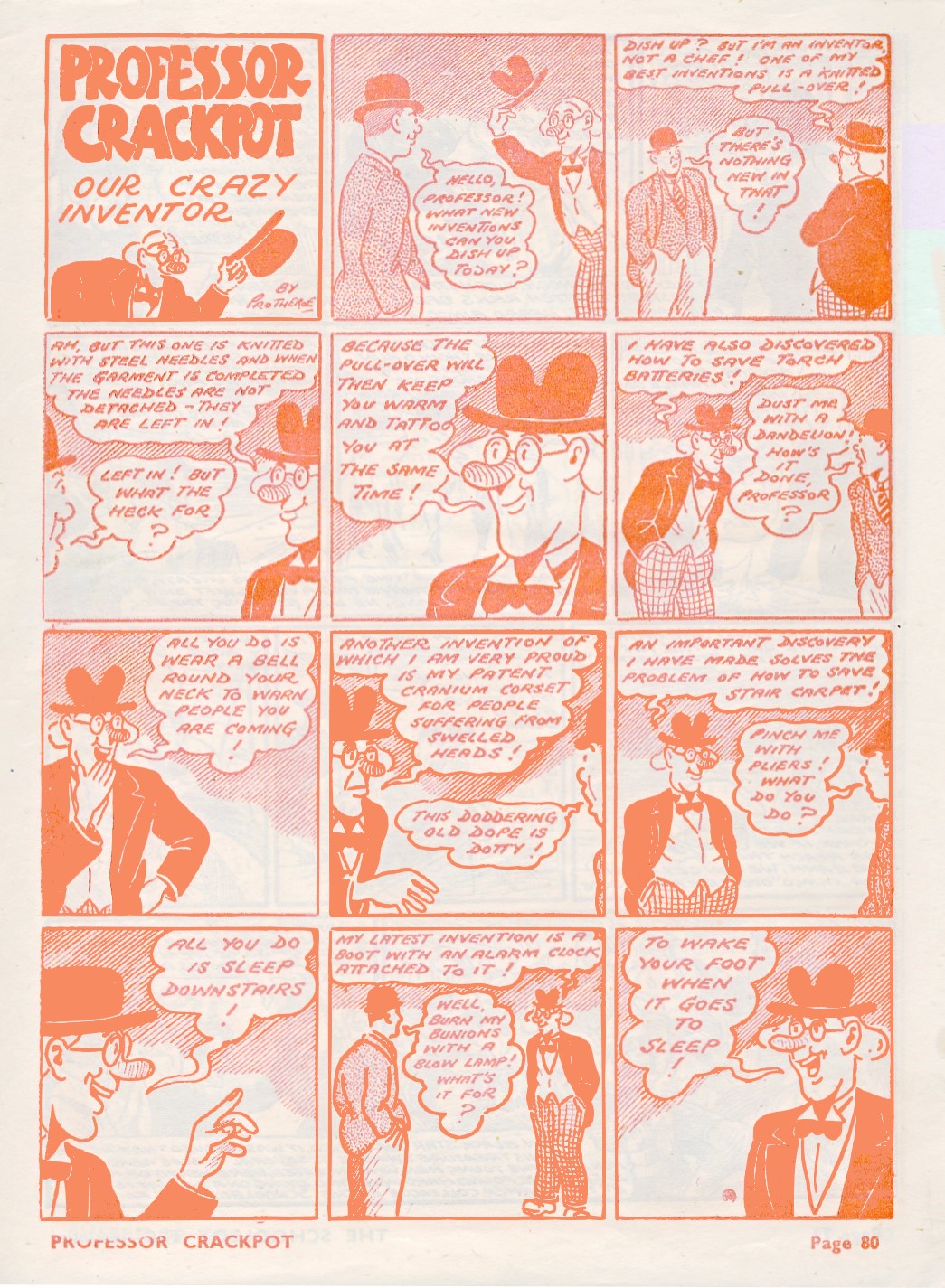 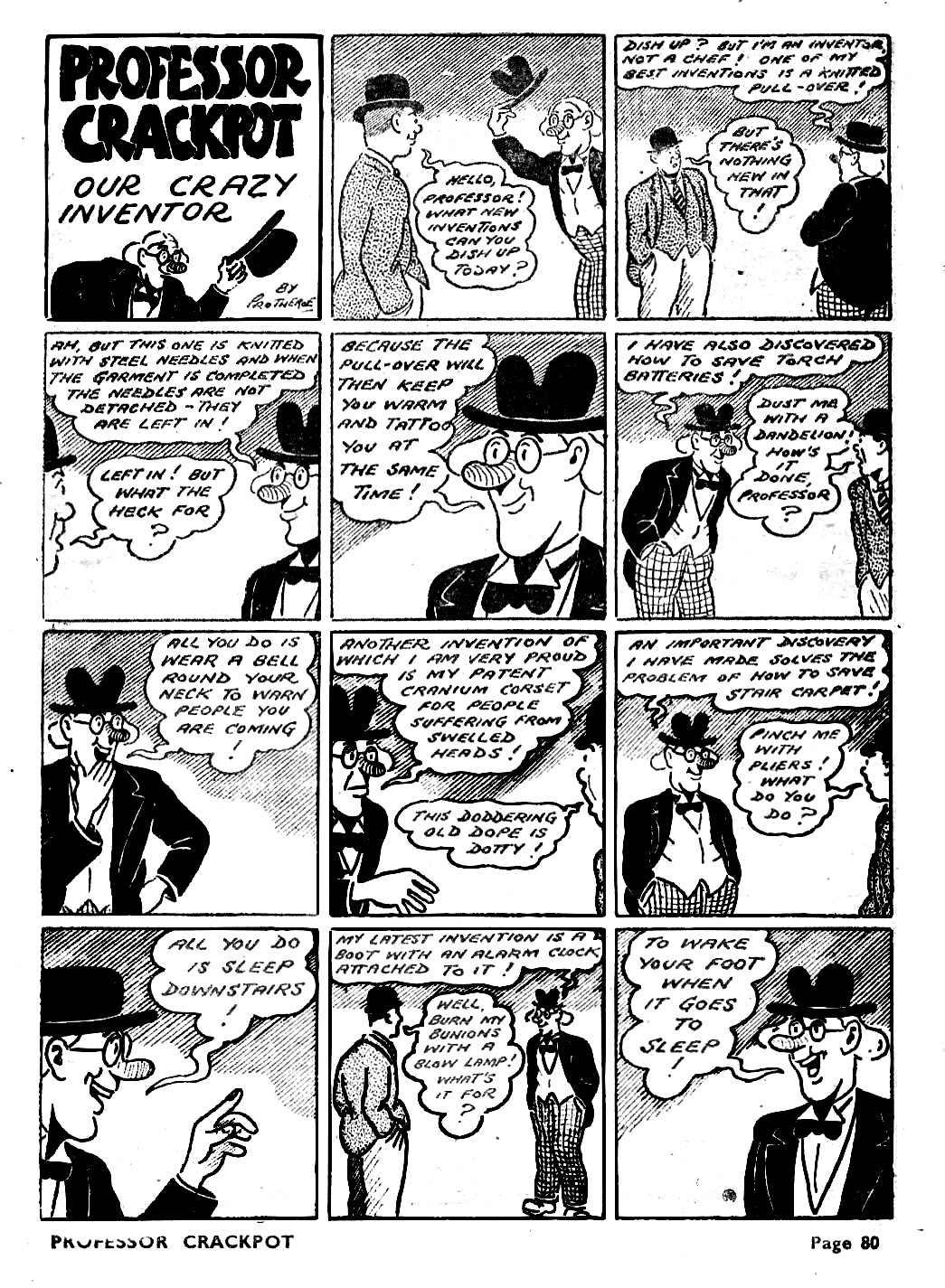 An extra treat for you all! 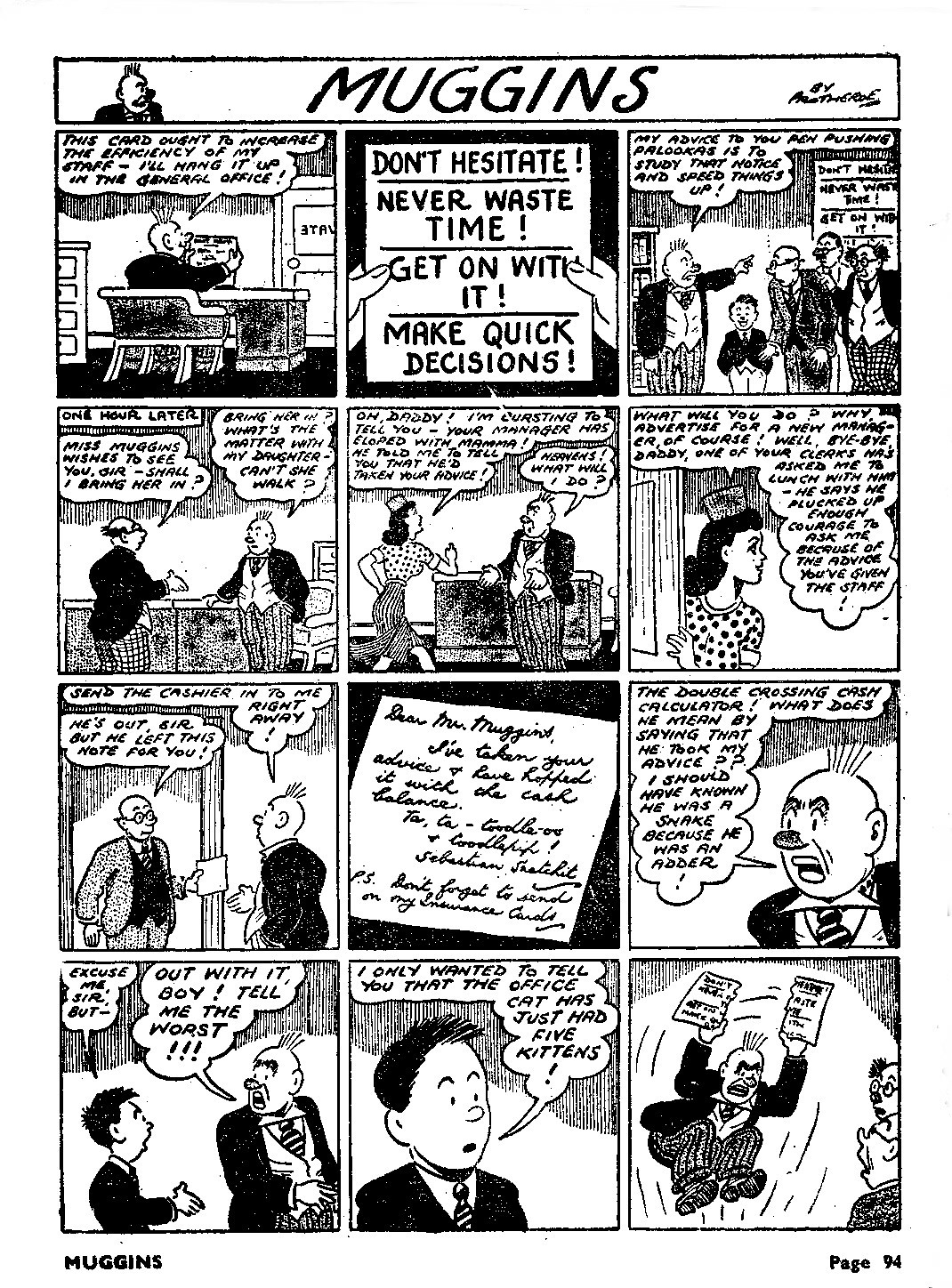 Posted by Terry Hooper-Scharf at 18:24