Robert Lovett and Blue Lightning Brand -BOTH Back From The Dead?!

Robert Lovett: Back From The Dead Died 1827...Came Back 1940. Created by William McCail for Gerald Swan's WAR Comics it was a very popular thriller in war time Britain. Lovett's tomb was disturbed by looters and no explanation was given as to HOW he returned to life with special abilities. The classic scene is of Lovett in flat cap reaching out at an attack dog and bolts of lightning shoot out and the dog (and others along the way) is dead. Now go forward to Thomson's Adventure no. 1168 of 21st September, 1946, and the cover reads "Starts Inside -"Blue Lightning Brand". 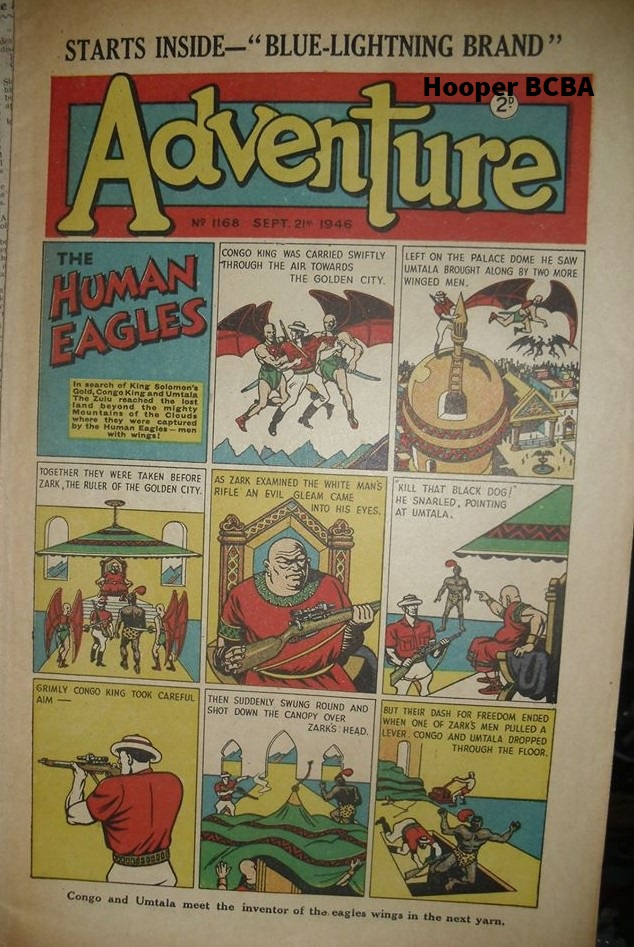 It is a rather wordy story of how a Pinkerton agent only named as "Blue Lightning Brand" (an old friend, Dr Clifford actually says "Blue Lightning: but-but I heard on the radio" ) was framed for a crime he did not commit and given the electric chair. He awakens in the prison morgue where he goes over the details of his execution -he later stuns a guard with lightning from his hands. We learn that even as a child he was not as affected by electricity (?) as other people and he later got the name "Blue Lightning" from his fellow agents because of how fast he was on the draw. Somehow electricity from the "chair" had not killed him but given him a special electrical gift. He was out for justice. 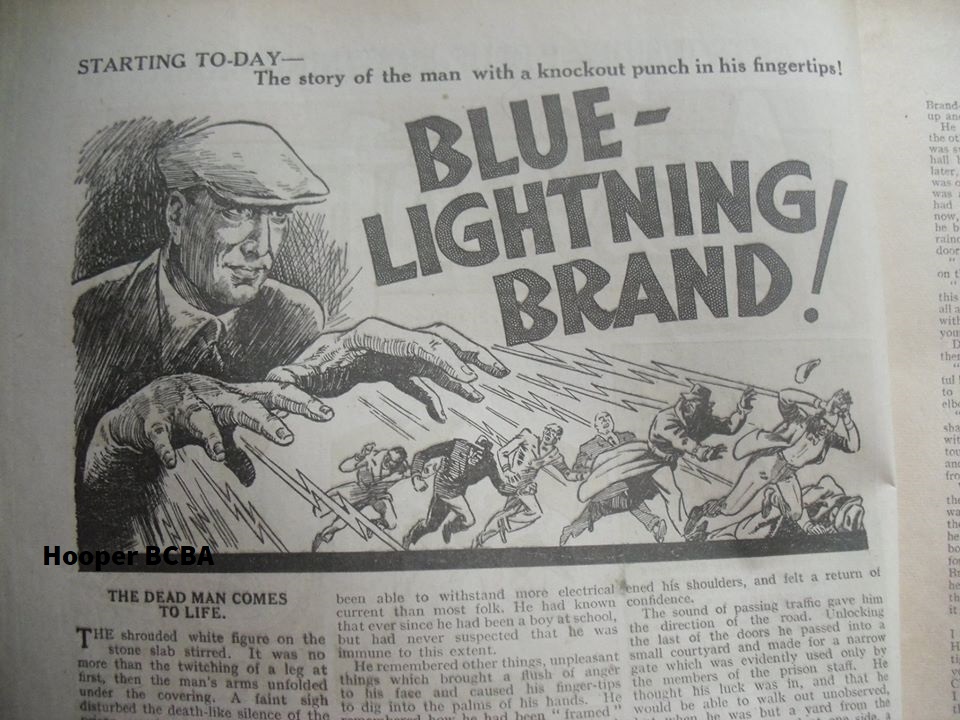 No writer is credited -Thomson always made sure of that- but it seems odd that 6 years after Swan published a very popular (nationwide) strip about a man back from the dead that Thomson used a similar idea in a text series.

Yes, I think rip-off!
Posted by Terry Hooper-Scharf at 07:59